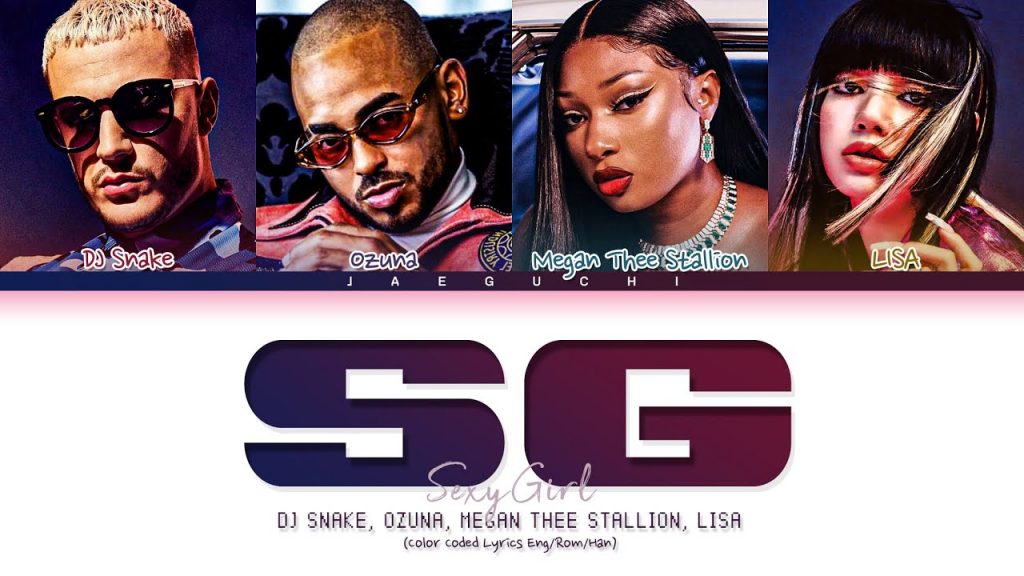 Grammy nominated mega producer DJ Snake has done it again! His latest single, “SG” is nothing short of a creative, musical work of art. This track features multi-platinum Puerto Rican singer/songwriter, Ozuna, K-Pop Queen, Lisa from Blackpink, and Houston rapper Megan thee Stallion. “SG” is a perfect example of DJ Snake’s ability to seamlessly fuse different cultures and genres of music into one dope track. DJ Snake is the personification of pop culture. He has produced hundreds of dope records throughout the years for so many of our favorite artists, and now we can add “SG” to his resume.

“SG,” which stands for “Sexy Girl,” is ultimately a Latin dance track with a flair of K-Pop and American rap. Ozuna’s smooth vocals on the hook and first verse set the tone for the entire track. Snake and Ozuna have worked together plenty of times before, creating hot dance tracks much like this one. Puerto Rican superstar, Ozuna does not fail to bring in his native tongue to the mix, making both the hook and his verse a whole different vibe.

“Sexy” is a term that is used often, especially in this type of music. There are multiple meanings of what being sexy is. Ozuna has that smooth, “melt in your mouth” type of sound that is more of a romantic feeling of sexy, thanks to his Latin background. Lisa brings that classy and comfortable style of sexy, much like the “girl next door who has a wild side” vibe. Then there’s Megan thee Stallion. Meg comes in hard on the second verse with her usual aggressive style. Although I completely understand why DJ Snake added her to the track, I feel like her verse takes away that smooth sexy sound that both Ozuna and Lisa embrace. In my opinion, Snake could have used a sexier American female rapper, to better complement Ozuna and Lisa, in the sense of keeping the song classy. On the other hand, Meg’s style does break up the song, switching up the sound to connotate the rougher, forceful side of what being sexy is. There’s no denying that Megan thee Stallion isn’t exactly known for being delicate, but because there are different meanings for what “sexy” is, her part in this particular song works.

K-Pop Queen, Lisa from the South Korean girl group, Blackpink, wraps up the track with the third verse, bringing back the sexy, classy style that Ozuna introduced in the beginning of the song. Being multi-lingual, she throws in some Spanish herself, which only adds to how well she complements Ozuna.

The video, directed by Colin Tilley, is a vibe as well. The heavy Latin influence is evident as Ozuna sings around palm trees, hot women, and is seen on a yacht at one time. DJ Snake makes his ever elusive appearance throughout the video as well, dancing and vibing right along Ozuna. Meg thee Stallion is shown twerking and showing off her body  in a shallow pool of water. Lisa is seen dancing with several gorgeous female dancers in front of different backgrounds, meant to give off that sexy and romantic feeling.

Between the dope dance beat, combining Latin, K-Pop and American hip hop, and the artist’s contributions, “SG” is a song that should be played at all the hot clubs around the world. DJ Snake, I salute your continued musical genius and look forward to what you come up with next.

Be sure to check out the video for “SG” below!