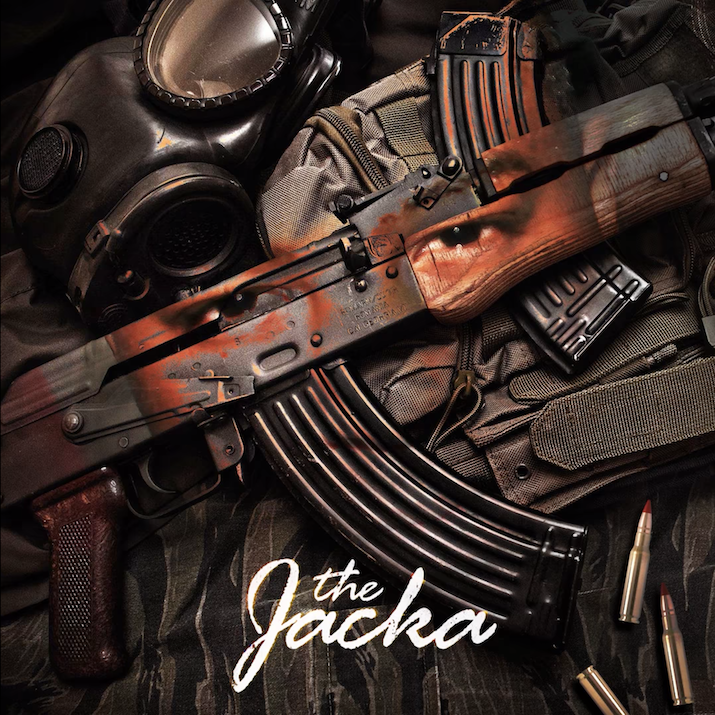 Known for his bottomless street wisdom and deep spirituality, the Jacka was a unique figure in Hip-Hop. Five years after his death, the Jacka’s presence returns with Murder Weapon, a forthcoming posthumous release. The finished version of an album the Mob Figaz emcee was working on before his untimely passing, Murder Weapon fulfills the artist’s original vision, compiling dozens of unreleased verses and keeping the original instrumentals whenever possible. The upcoming album is a celebration of the Jacka’s life and career, completed by many of his artist friends and producers, including frequent collaborators like RobLo, Maki, DJ Child, Lev & AK.

“Jacka and I started working on this project before he passed,” explains the Jacka’s management. “He had already announced to the world that his next album would be titled Murder Weapon and that it would be his best body of work to date. The last album he dropped, What Happened To The World?, was originally meant to be a promotional lead-in to Murder Weapon, just like he released The Street Album just before Tear Gas.”

A testament to the Jacka’s enduring legacy, the album features verses from Husalah, Rydah J. Klyde, & FedX of the Mob Figaz, as well as appearances from a long list of hip-hop legends from all over the nation, including Freddie Gibbs, Curren$y, Berner, Styles P, Paul Wall, Killah Priest, Cormega, and more. Coming at the end of Jack History Month, Murder Weapon releases on February 28th via EMPIRE.

“Murder Weapon is a mixture of songs that were recorded specifically for the album and other great records that he recorded around the same time,” the Jacka’s management continues. “Some of the songs were fully done and others we completed by adding features from artists that he was close to or wanted to do music with. The goal was to finish the album as close to how he would have done it as possible.”

To accompany the announcement of the album, the Jacka’s team shares “Can’t Go Home,” a new collaboration with Freddie Gibbs. A soulful, and reflective track, aided by Maki’s twinkling production, “Can’t Go Home” showcases The Jacka’s conversational flow and appealingly raspy singing, as he reminisces on his early life and his life philosophy: “My people lookin’ at me, sayin’ ‘boy, you made it out!’/But I wasn’t happy ’til we all had the same amount/Pops locked crack’s the only thing can save us now/Mom’s hooked, but tough luck is what made my style.” In the second verse, Gibbs thunders through with his authoritative flow, bragging about his ability to remain true to the streets even amidst rising commercial success: “Since I touched the game, that sh*t ain’t been the same/They tryna freeze me out but they can’t kill the kane/Make a million every time I drop, so fuck the fame/I can put some young’ns on your bumper for a piece of change.”

“Jack has a huge vault of unreleased material that he recorded when he was alive,” says the Jacka’s management. “There’s a tremendous amount of unreleased Jacka music that hopefully will hit the streets over the next few years.”

Check out a wide-ranging retrospective on The Jacka’s life and legacy at KQE, and stay tuned for more announcements about Murder Weapon coming very soon.