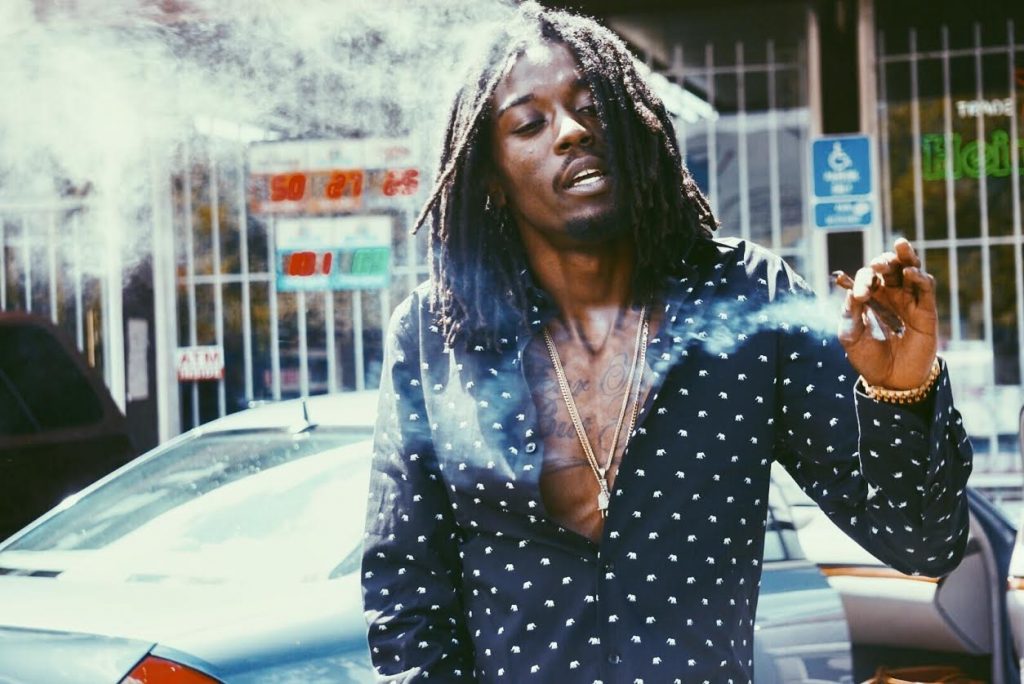 Young Meech is a upcoming hip hop artist coming out of East Side San Jose, and is gearing to release his debut album “Expensive Taste”. Read up on the newest and hottest talent coming out of the 408!

Young Meech: I go by the name Young Meech. I got the name obviously from Big Meech Who Has Always been an inspiration to me, i admired his Whole movement. the fact that No one man is bigger than the team, is big to me. It’s A type of mentality you have to have. Because at the end of the day we’re all bosses of something. But Real Bosses Create other bosses. And that’s something I’m doing.

Young Meech: I think when my older brother got locked up, it really pushed me to become a musician because that’s exactly what he was. He motivated to do music, because I seen him do it all the time, and he was So dope I felt like I had to keep the name alive because he would do the same for me no question.We Started Trife Livin Records and havent looked back since. Free Raheem Coleman.

Young Meech: I feel like I’m just getting started in the hip-hop scene to be honest. I’ve always been around it but I was always just the youngest, in the background playing my position. Waiting for my turn to show everyone what I can do. Because I knew what I was capable of. But I also knew I had a story to tell the world, and no great story is written or told in a day.

Young Meech: I’m from San Jose, California. on the Eastside off Aborn and White Rd. Evergreen to be exact. Growing up in san jose was real regular to me. Its just like any other place but bigger you feel me. I feel like it’s the same shit wherever you go, you have negatives and positives going on at the same time. But to be successful you gotta find the balance and remain focused on your goals.

Young Meech: I rap about my life. my blessings, my struggles. Shit I be Going through you know. I stay in my lane.

Young Meech: I Dropped my first single in March  of this year called “Never Be The Same” on YouTube Produced by my bro MOR. It’s The First Single Off My Debut Album Dropping this summer.

Young Meech: Currently I’m working on my My Debut Album “Expensive Taste” Putting together all the finishing touches. I’ll be dropping this summer. Also working on a Ep. Exclusively Produced By MOR from San Jose. I’m just trying to stay working and consistent ufeelme

Young Meech: “Never Be The Same” is the First video I’ve done. And the first video off my album “Expensive Taste”. It’s a story about change and growth. Based on the fact Never settling for less or accepting anything less than what you deserve will get you to where you want to go. But also let’s you know when you reach your goals or destination, Shit will Never be the same. Change and growth go hand in hand.

Young Meech: At the end of my career the goal would to have been to make everyone bosses. I think until then I still have work to do.

Young Meech: You Can Reach me on