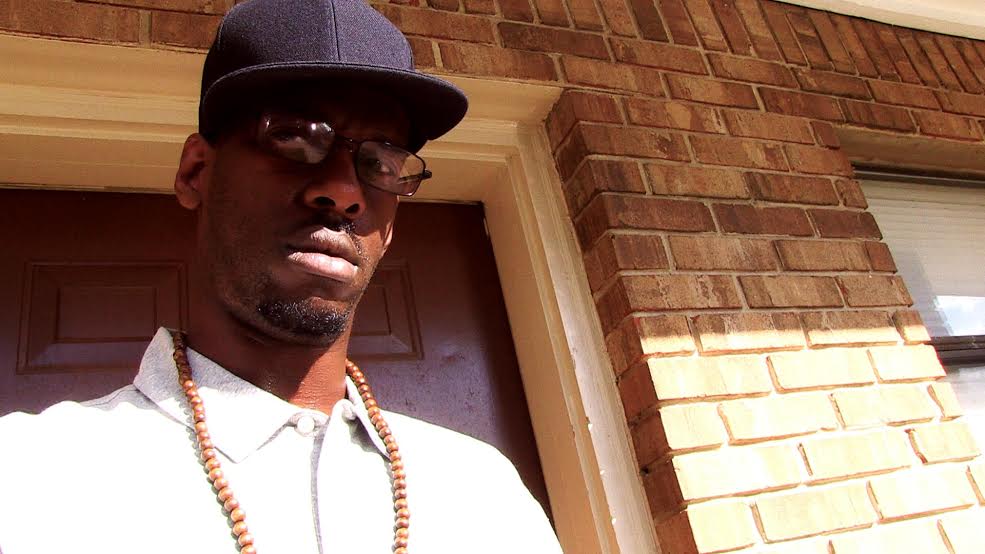 Shapeshifta is a hot producer out of the South, who’s ties to many recording artists in California from E40 and on! Get to know him!

All Bay Music: What is your background growing up?

Shapeshifta: My background is complex but I was born in Huntsville, Alabama. I was raised all over coming from a military family. I was raised in Alabama, Germany, South Carolina, Kansas and Colorado so I have a few “home towns”. I saw both sides of the spectrum from low income to middle class growing up. We didn’t have much but my mom always made a way that we weren’t going to be another “statistic” stuck in the ghetto.  My father enlisted 6 months after I was born and dedicated his self to the army. I learned the value of hard work and determination from him. Music was always in my life since I was in my single digits. My first keyboard was when I was in kindergarten. It was a Kenwood and had some of the worst sounds ever but I was in love with it. As I got older, i paid more attention to detail on how music was made. I was still very ignorant to music production and thought every record I heard was played live or some musical guru was playing all the instruments. So that inspired me to get good on the keyboard, learning arrangements, chords, etc. My mom seen my interest and put in me piano lessons when I was 11 and I trained under classical instruction for 2 years. I wasn’t too interested in the classical and wanted to learn jazz/gospel but my teacher never taught me so I abandoned my classical practices and moms took me out of the program. I the taught myself studying r&b of the 90s, and the soul of the 70-80s. I got my first beat machine, the boss dr-220 when I was 13 and I instantly was hooked. I would plug my casio keyboard and drum machine to a boombox and record beats on cassette. It was the summer of 2000, when I decided to get serious after I got the first version of fruity loops from my homie from school Marcus. It blew my mind because before this software, all aspiring producers, needed to get their hands on hardware which was pretty expensive.  My parents didnt fully support my path to a producer so getting them to get me equipment was not happening so I had to get creative as a 14 year old and Fruity Loops gave me the tools I needed to create a sound. Soon after that, I was all gas no brakes. I moved to Kansas when I was 16, and I cut my first album “Versatility” in an attempt to showcase my beats. The success was unexpected for I became somewhat of a local legend in Leavenworth. I continued to grow when I moved to Colorado when I was 17 and got my first production deal under bulletproof records producing the main artist Young Duce. My beats started to get notoriety from the likes of Mugzi, T.I, Game, SwishaHouse, T-Rock, Pastor Troy, Ying Yang Twins, Lil C, and many more. I continued to keep pushing my skills to the limit and made some scratch to move out of Colorado and start my own label when I was 19. I moved to Atlanta with mixed results. My label started to crumble but my production career started to blossom. I produced for Bo Hagon, T-Rock, Pastor Troy, Homebwoi, 2eleven and Skinny Pimp. I also was in talks with Grand Hustle Records but we never sealed the deal. I knew then that I had something special for I kept building relationships all over the US. I moved back to Alabama in 2010 and shortly after, I produced the hit record “That Candy Paint” for E-40 ft. Bun B and Slim Thug and that put me in good graces with the bay officially. I produced for Yukmouth, Black C(of RBL posse), Hot, Droop-E, Mitchy Slick, Fashawn and more. I just kept perfecting my skill over the years and now in 2015, with over 10 years in production, Im still grinding.

All Bay Music: Who musically inspired you to become a performing artist?

All Bay Music: What is your most recent single to date, tell us about it.

Shapeshifta: Well I’m keeping my production relevant, hoping Da Luniz pick up a track for their album. I have some tracks in the works with Droop-E for his upcoming project.  I’m also working with upcoming artist Dennis the Menace, Duce, Lil Wyte, Mitchy Slick, and a few others.

All Bay Music: What is your most favorable moment in music?

Shapeshifta: Producing the record “That Candy Paint”. All the events leading to and after were a blessing. The OG E-40 is such a real one. He and Bun B showed me tremendous love on the record. Let me cameo in the video and network with some major players. Slim Thug is a living legend as well and I always had love for dude cause he repped for us tall dudes. I know if Pimp C was alive (RIP) he would have got on the record too. It was so memorable because the same guys I grew up on was snapping on my beats. Epic.

All Bay Music: Where can people find you?

Shapeshifta: If you wanna meet me in the physical, Im posted in Huntsville, Alabama.

hit me up however, whenever, wherever.

All Bay Music:  Any Last Words?

Thanks to all who have supported and continue to supmy production squad Versatile Muzik. Beats on deck always. Peace, Love and Prosperity