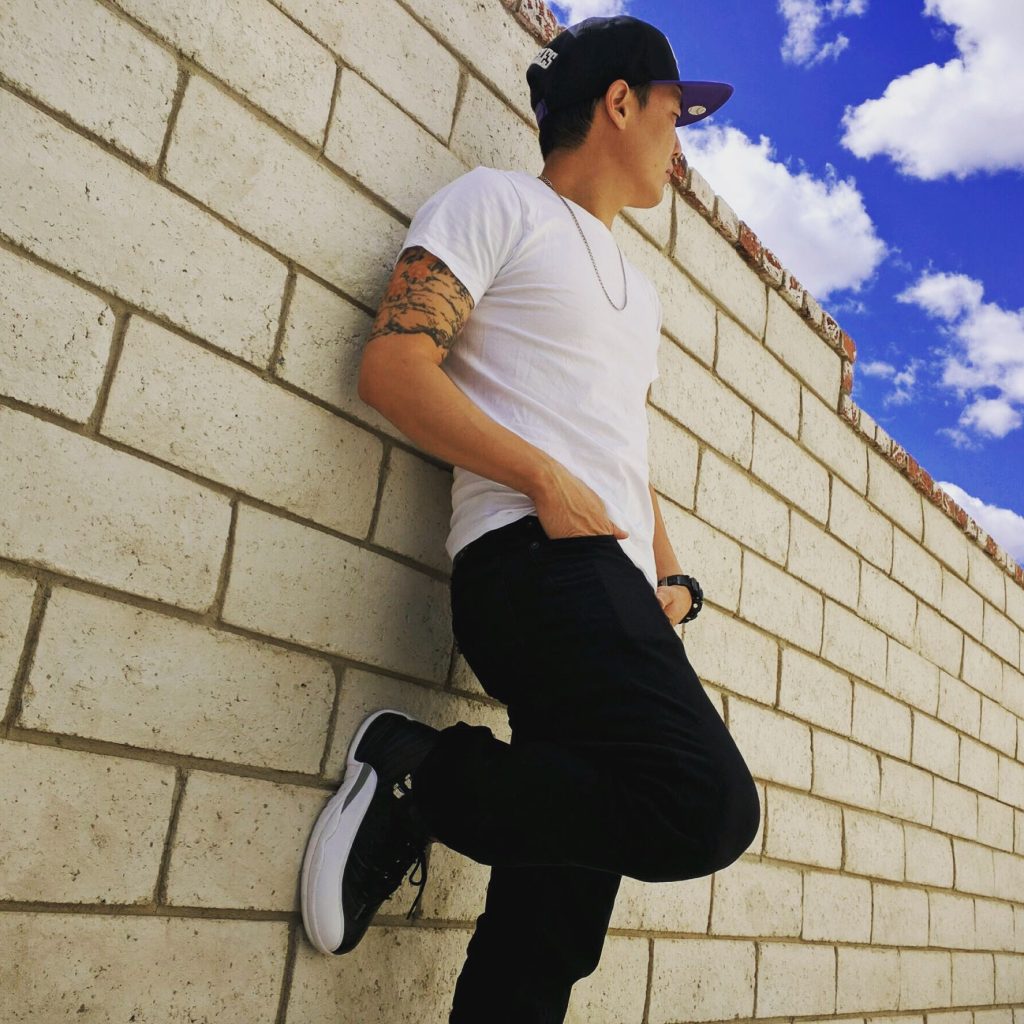 ABM – How did the name Rich Money Cashanova come about?

Rich Money came naturally as I first started making music with my friend. This was when we used FL Studio and had no idea how to fully use the software lol. I use Pro Tools now. One day he asked me what we should call ourselves. I had a shop that I just started up at the time, and everyone used to say Rich is making Money, so Rich Money just made sense. Everyone has a 2 word name these days, so I wanted to be different. I was chilling with some friends from Santa Cruz one day, and they had some really old Richie Rich comic books. In the comic book, there was Richie holding a bouquet of roses made out of $100 dollar bills, and the title stated, “Cashanova”. So Rich Money Cashanova (R.M.C.) was the full new name.

ABM – What instruments do you play?

None, but every Korean kid is brought up to play the piano, guitar, at least once in their life. I guess years of trying to teach me as a kid, I just developed some average piano skills. I wish I would’ve kept at it tho lol

ABM – At what age did you begin making music?

I started making music pretty late in my age. I started at 24. Before that I used to be into dancing in Junior High and High School, then for some reason, I just stopped.

ABM – Where did you grow up as a child, and what is your family background?

I grew up in the heart of LA, Koreatown. My mother came to the states with my father because Korea was poor and totally different from what it was like in the 80’s. My mom couldn’t even buy meat to eat because it was expensive and rare. She figured, fuck it, I’m broke here, might as well move to the States and see what I can make of it.

ABM – Who and what inspires you as an artist?

Anyone that went from having a dream to actually living it inspires me. My mother raised an only child as a single parent, and even worked harder to get my grandparents, uncles, aunt, and cousins to the States all with her own money. I would say that that was one of her biggest accomplishments. My mother inspires me to prove that anything is possible in life as long you truly believe and work hard to get it. Korean parents want their kid to be anything but have to do with music or acting. They want their kids to be doctors, CPA, politicians, etc. My mother wanted me to do what i love doing. I didn’t find it until I was introduced to FL Studio from one of my friends at the age of 24. Before that I was lost and didn’t have any goals and dreams. I remember when I was younger, I was asked what I wanted to be when I grow up. I would just choose something randomly and say a Dentist, or some shit.

ABM – Who and what are your early influences?

I was influenced by a lot of korean artists when I was younger. One of the biggest impacts in my time was Seo Taji and Boys. These guys all own their own labels or just have too much money to spend now. Jin Young Park is who I can relate to the most. He went from being in America to going to Korea and succeeding in the music game like no other. His record label “JYP” puts out various famous kpop groups and is considered to be one of the biggest in Korea. Yoo Seung-Jun was another huge impact in my life. H.O.T, Solid and 1Tyme was also another big group I used to listen to. As I started getting older American artists that made a huge impact on me was Tupac (of course), N.W.A., Kurupt and Daz, Sugafree, Eminem, 50 Cent, Usher, Chris Brown, Tyga, B.I.G., Too Short, E-40, DJ Quick, Drake, Lil Wayne, Outkast, Ludacris, Young Jeezy, Black Eyed Peas etc. My House/EDM influences are Tiesto, David Guetta, Martin Garrix, Zhu, Avicci, Deorro, Hardwell, etc.

ABM – Who are some of the people you have gotten to work with in the industry?

ABM – What do you typically rap about?

I wouldn’t necessarily say I rap. I am more of an artist and producer, so making a catchy song would be more of what I focus on. I like to make music that people can vibe to. The things I like to rap about is money, goals, dreams, success, past experiences, and love.

ABM – How did you find your sound?

I found my sound thru practice and trying new things. Like i said, I don’t consider myself as just an artist or a producer, so when autotune was gaining popularity, I practiced how to use it live and then came up with a rapping/singing type of vibe for people to listen to. I always told people that its all about singing your raps, and how the industry will change to that soon. Well I guess it happened quicker than i thought.

ABM – What what your last release people can go check out right now?

Balling Tonight would be my latest release out now for download on iTunes, and Google Play. As an artist you go through struggles of depression, and wanting to quit. We all know how hard it is to break in the music industry, especially when you are asian. But this year I told myself that Im going all out with no regrets, and so I decided to take out everything about myself online, and start fresh with a new swag, and new sound.

ABM – What are you currently working on?

My album No Regrets. Balling Tonight is one of the singles that will also be on the album. I will have some special features coming from various artists in the game.

ABM – What is your ultimate goal at the end of your career?

My ultimate goal in this career is to have a community center for music. When I was growing up as a Korean kid, there were only pool halls, and PC rooms ( a place to go play computer games). A lot of us turned into gangsters, and drug dealers. If there was a place I could’ve gone where someone could’ve showed me a skill or just showed me a new hobby, I think i could’ve even been a whole lot closer to finding my success. I wanna do that for our future generations to come. Who knows, maybe I’ll find the next asian Eminem, or Tupac lol

ABM – How can people reach you? social links and websites

Shout outs to Irie Motivations, Ian Jackson, Mario Salas, Shogunna, Zion, Crown J, Roscoe DPG, Crooked-I, Nump Trump, the whole Y. A. Entourage Gang, Tones Apparel, to the 44 crew, and to all of my fans who supported me and showed me love throughout my music journey. Sorry if I left anyone out.