ABM: Tell us the story behind your hip-hop name?

PIZZO: I got my name before I started rapping from a booking about electricity. Its actually a type of circuit or something like that. But it was just a high school nickname at that point. Fast forward when I became interested in music, there it was.

PIZZO: The interest in music itself led me to becoming a musician after taking piano lessons as a kid while living in Oakland at the time. Moms had me in recitals and all of that. But what made me want to become a artist was being directly inspired by one of my high school friends Courtney Smith (Fresh Cease) who was already recording music, and I was amazed and intrigued. Ever since that day I became a musician, and starting writing music ever since.

PIZZO: My start began when a childhood friend introduced me to his cousin who who happened to be in the process if putting AWOL Records together. My folks told his big cousin that I rap, he said bust something, so I did. He said yeah okay, Im gonna fuck with you. So I was signed to AWOL Records in 1993, and actually did almost a album that was never released. I left AWOL Records later on and signed to Strong Island, who ended up releasing my debut album “Heaterman”. After I re-signed to AWOL and put out two solo projects, along with Executive Producing The West Coast Tripping Compilation, among other records for C-Bo, Marvaless, Killa-Tay, Lunatic, Laroo, Yukmouth, and many more.

PIZZO: Originally from the town although my moms said we spent a lil time in North Richmond when I was like 1 or something. But most of my young childhood was in Oakland. Growing up was cool I guess I went to school like any other kid. I attended Elizabeth Sherman and then frick before moving to Suison City.My mother was pretty good at keeping me away from the streets as much as she could I think piano lessons played a big part in that as well.

PIZZO: Nowadays I try to steer more towards giving the listener an insight to life from my perspective, whatever the subject or topic. If I’m partying or I’m trying to share some of what I think is useful information, to whoever hears it. Sometimes vague, sometimes its about something specific, either way I’ma try to paint a vivid picture.

PIZZO: My last release was “Only God Can Judge Me”, which was released independently like 10 years ago. My newest release is “I got what work”, its out now on all digital platforms worldwide.

PIZZO: Currently working on a collaboration album with Main 1, who is from the 408. It’s yet to be titled but will be released this summer. Also working on a solo album, scheduled for a 2018 release. 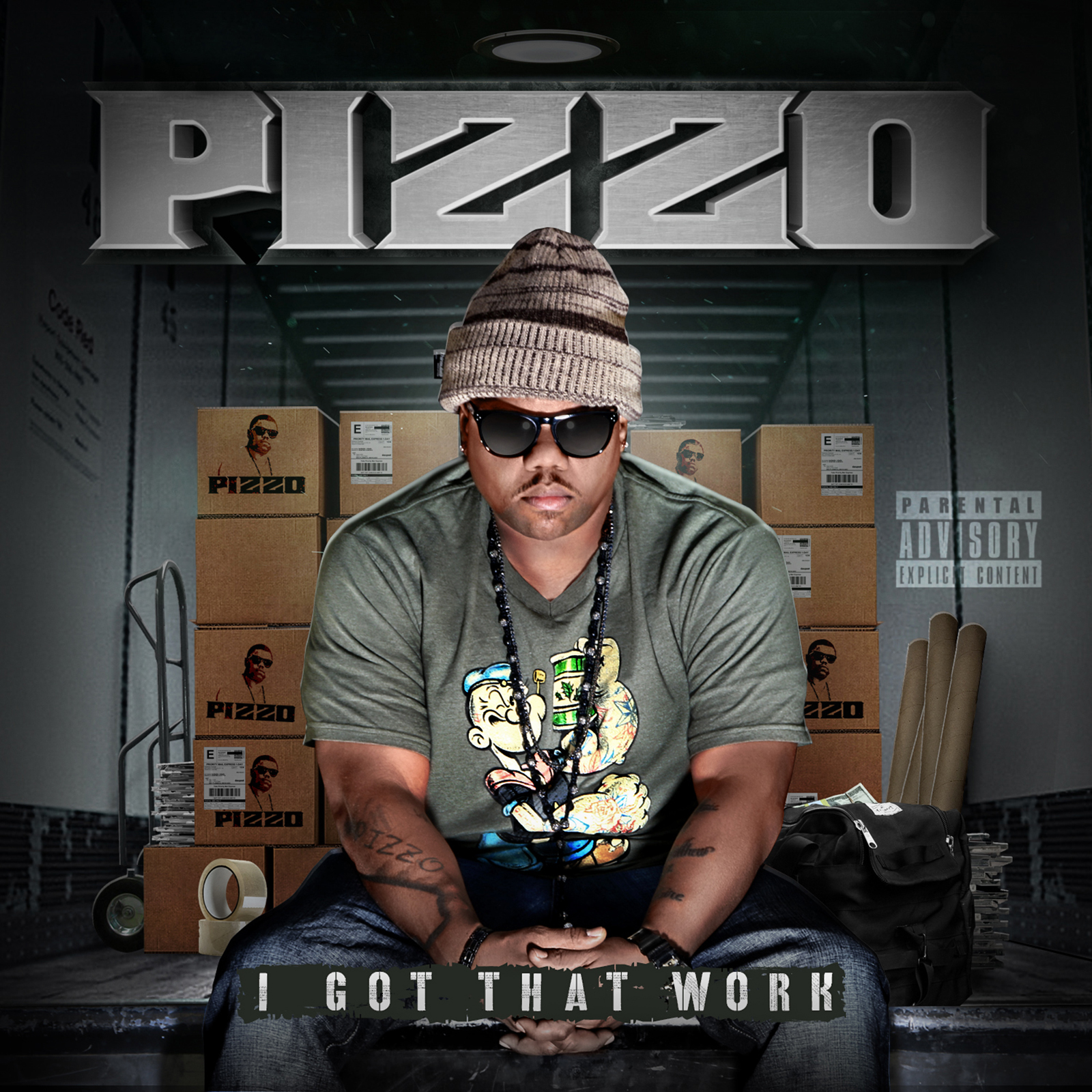 PIZZO: Last visual was “Somewhere Special”, a video about loving money more than a female, and always having money on my mind.

PIZZO: The end game that I see is continuing to provide my talents to the game if its me working in developing other artists or video production, basically anything allowing me to be creative.