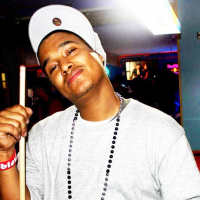 Interview with P.I. from 6Filthy Entertainment
ABM: Where are you from?

P.I.:  Born and raised in the peninsula , Redwood City is where I’m from. McEvoy & Madrone are the streets that raised me. My pops died when I was a kid so I was exposed to negative influences at young age. Most of the guys in my neighborhood were a real impact on how I got my style and game from so without them I would be just a regular Mexican dude lol.. I currently stay in North Fair Oaks District it’s an unincorporated part of Redwood City.. “Six Filthy” ! S/O out to my people from Little Compton to Little Mex, NFOD, Vera , East Side and to all my rich folks in the hills. Growing up in Redwood City really gave me a different perspective on life especially with the diverse lifestyles of diffrent ethincitys.

What’s the most recent single you released?

Well to be honest with you I never really officially worked on a original single, other then solos I have that can be heard on the Six Filthy Basement Musik Mixtape Vol.1 which was just recently released, majority of the songs are from tracks we did in 2012-13. “My Shit Slap” & “Killuminati” are the ones I did solo. Im currently in the process of finalizing a project that I been working on since 2014. But my 6Filthy squad and I just finished wrapping up “Six Filthy City Limit The Mixtape Vol.2” it has 18 pure slaps with features on there such as; Haji Springer, Bear Faced Ent, Zak1 and more. It’s all real authentic music, there’s a alot cats in Redwood City that put out Mixtapes and Music Videos but honestly don’t have the talent nor the street credibility and real life depth in their music. 6Filthy Entertainment provides all of that so stay on the look for the latest track we are working thanks to Belushi, he linked up with Sean T and we have an exclusive song with Dubee from Thizz Ent. recorded directly out the Feds. So stay tuned for that track !!

P.I.: I think it’s who inspires me musically, I love all types of diffrent genres and i respect the fundamentals of actually recording a song. There has been many musicians and artists who have inspired me to throughout the years. Jimmy Hendrix, 2pac, John Lennon, Nas, Nirvana, Barrington Levy I could go on forever. Real music Is made from the heart and when one has been through so many life changing experiences you tend to vent that out in music. So that initially is a major factor in my inspiration of music. Authenticity, being real.

ABM: How long have you been making music?

P.I.:  Ooooooooouuweii it’s been a while, when I was young I looked up to my close friend D.A. West & Jon Andino ( J-Dash ). D.A. was one of my best friends we had several classes together and we would always mess around free styling just being fools in class. So that began In middle school as i entered high school my folks J-Dash was in this group called Red Light Records and i always wanted to be a part of it but never did. The first song I ever recorded was with D.A. & J-Dash in Moutain View when I was 18. Since then I worked on my rhymes and not until after HS I met a friend that really opened my eyes and was like a mentor to me and really taught me alot about music. S/O to Zak1 from Double H Ent, when MySpace Music was trending I would always just record music and upload it with out actually doing something productive with it. My first feature was with Turf Talk from Sick Wid it Records and that was a huge milestone for me. I totally did this music thing backwards I have more experience performing then I do distributing my own music. I’ve opened up for numerous artists such as Andre Nickatina, J-Stalin, Roach Gigz, Dem Hoodstarz, Mac Mall, Mistah Fab, Kafani, D-Lo, Philthy Rich and even had a chance to open up for French Montana. So overall it’s been 10 years but I just started taking it serious since 2012 when i linked up with Rudeboi & Belushi to be a part of 6Filthy.

P.I.: Well I have a few to name, but locally I would have to say The Mekanixs from Oakland those 2 guys are one of my favorites, Traxamillion from SJ & King Cydal from Menlo Park. As far a mainstream producer i would say Pharell and Dr.Dre

ABM: Who do you want to work with in the future?

P.I.:  Andre Nickatina and Roach Gigz are too artists that I would definitely enjoy working with.

ABM: Where can we hear your music?

P.I.: YouTube.com/sixfilthyent & Soundcloud.com/sixfilthyentertainment and make sure you go on iTunes and purchase this hot track I recently recorded with Jon Dolla from East Palo Alto (“Own That” Ft. P.I. ) produced by Fre$ko . Go on our YouTube link and check out my 6Filthy Fam LuR’s 2 Projects “10yrs and Gunin” & “Living Under The Radar” with features such as J-Stalin, HD, and more.

P.I.: Special thanks to the AllBayMusic Team for putting all this together and much love to all our 6Filthy supporters and fans who actually listen to our music. S/O to my Krookit Fam and HeadHonchoz and the 6FilthyMobMusik squad Belushi, Rudeboi, Coop, Marley, Gangsta Gum aka B.L.Gum, LuR and 6Figgaz.