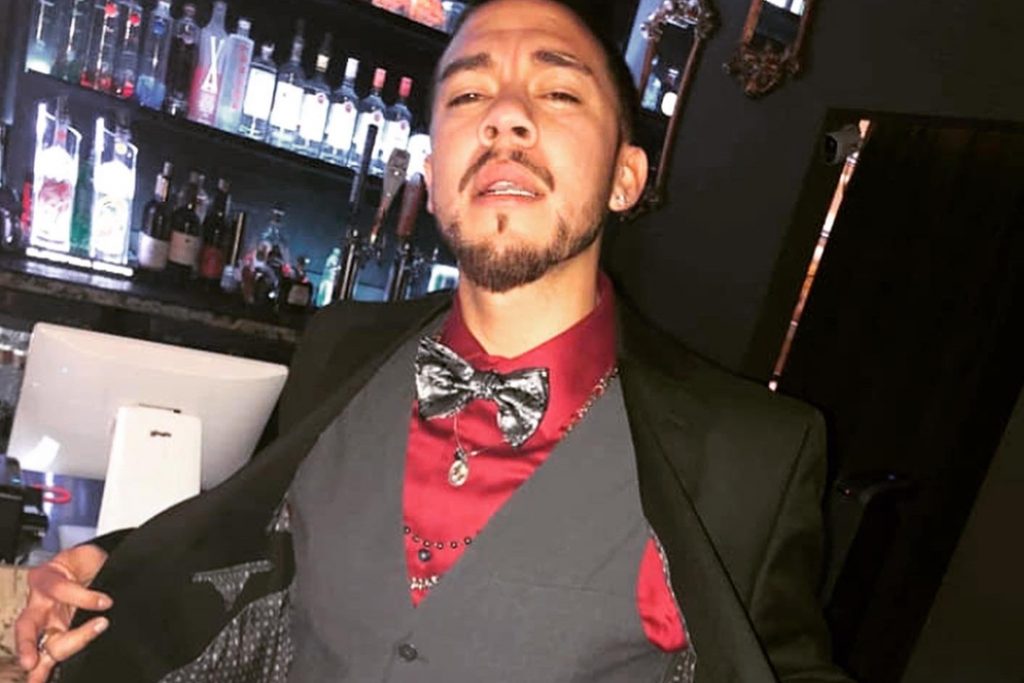 Nieto: I go by “Nieto MCH”. Ever since I was in sports at a young age winning championships we would have our last names on our uniforms. So naturally everyone called me “Nieto”, it really caught on in High school as I continued my sports career. “MCH” means “Money Committed Huslahs” it’s a Motto and a Demeanor I live by. “No matter if your In a Suit and Tie or Hoodie on The Grind, we all huslah for that almighty dolla.” -Nieto MCH

Nieto: I been around music my whole life from listening to My dad play the drums in a Rock n’ Roll/Blues band named “Under Pressure” to my Uncle Steve “El patche” Jordan who popularized Tex-Mex music with his accordion. So safe to say Rhythm is in my blood. Seeing my Dad play in front of crowds from 25-500 people and with one solid beat can change the mood in the whole room. It just inspired me to want to make everyone around me feel good and forget about their problems. My dad played a big roll in my music career showing me the ups and downs to music and trying to make a name for himself. so when he passed away before my 21st birthday it catapulted me into music. I was blessed enough to show him my first song before his passing. I was featured in my first song summer 2012 and Dropped my first mixtape in 2013 named “Money Committed Huslahs“ with the help of my child hood friend and brother “aOneHunnit”. He is also an Major Artist from San Jose who’s been in the game for years with Major projects dropping this year as well.

ABM: Where are you from? How did your upbringing in home city influence your career?

Nieto: I’m from the East Side of San Jose California, MP to Alum Rock to be exact. In every state there’s a city that has more culture than any and San Jose is one. From me being in the Lowrider scene to the Music scene to the streets, it really impacted me in good and bad way. Seeing love ones around me struggle and even with me being young, my family of 4 staying in 1 bedroom for couple years, didn’t seem right to me. It inspired me to Huslah and to chase a higher goal and better myself. So when it came down to making music, it came natural because of real life situations I’ve been through.

Nieto: I have two songs dropping this month in May and a music video dropping in April. First song is a “challenge” song for all the big booty women out there, song named “FiT iN” ft. aOneHunnit. The Second song is My single called “Ride Around”. The video in April is for the song “FiT iN”. It’s going to be a Hot Summer.

Nieto: I run and operate my entertainment company named “SJ MAJOR MOVES” or “SJM” for short. I do promotion, advertisement, sponsorship, showcases, and tours for Underground artist is San Jose. I am also dropping my company clothing brand this year. I enjoy finding another platform for artist and setting up showcase for them, is just a stepping stone that can make or break an artist. I take pride in giving artist an opportunity to grow and possibly headline a showcase. My main goal is to give that “Why not me?” Factor to an artist career.

Nieto: Yes. Many shows in San Jose, Sacramento, Fresno, San Francisco, Oakland, The Valley, Calabasas, Los Angeles, and Las Vegas. I have been on 3 tours so far in California, all run and funded by my company “SJ MAJOR MOVES”. First tour I had the opportunity to end in Las Vegas, which was a great turning point in my career. The next two tours I had to opportunity to expand my company and take an Artist “aOneHunnit” to Los Angeles showcases.

Nieto: Any and All. Whether it’s collaborating on music or setting up their next tour date. Let’s work. MAJOR MOVES Only.

Nieto: Shout out to All of San Jose California, EAST SIDE! To all my family and Artist out there that have been helping on the way. My Baby girl Aliyah Maylene, my Lil Shawty. All Love to any up and coming artist. Tap in. SJM! HuuuHHH!!