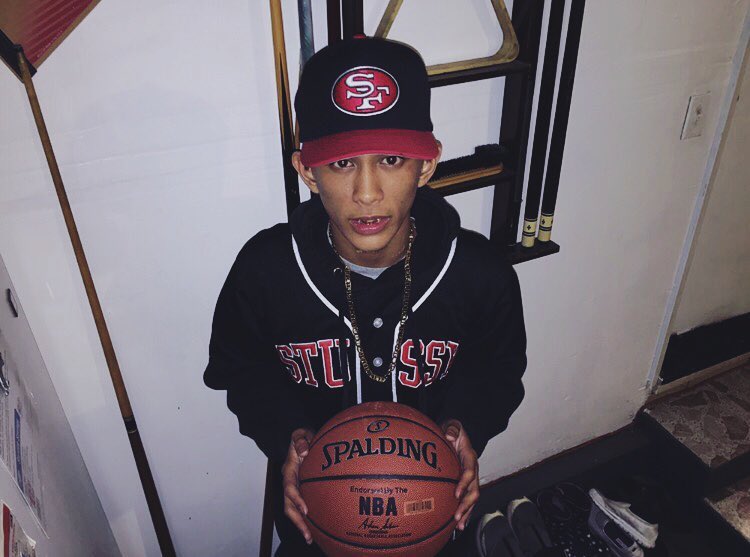 HotBoyDolla$ is a upcoming filipino artist, songwriter, and dancer. He is what we call a triple threat, for being multi-talented.

In addition, he comes from a past where it has helped him forge an understanding in life, and unlike a lot of talent out there, he feels the need to promote positive records that will also promote the ever evolving person he is growing into being every day.

ABM: What is your Rap name? Tell us the story behind your rap name.

HBD: HOTBOYDOLLA$,  is my rap name . People call me that cause in my early past I was a hot boy myself all about my dollars. Not much has changed from back then except my perception on life, Im on a positive tip in my life now.

ABM: How long have you been in the rap game?

HBD: I’ve been in the rap game since junior year of high school. When I was 16 years old.

ABM: What got you involved in the hip hop scene?

HBD: I would write poetry back in middle school, couple years later I ended up falling into rapping and I bought my first microphone and program.
ABM: Who and what inspires you as an artist?

HBD: The love I have for music, I love music and I get inspired when I hear a really good song. It motivates me to write.

ABM: Who and what are your early influences?

HBD: E40, Mac Dre , and Tupac. I grew up listening to all of them. They influence me as an artist to just be my self and have fun making music.

HBD: I honestly don’t have a specific topic on what I rap about, it’s just when I hear the beat I try and vibe to it and write based upon the beat.

ABM: How did you find your sound?

HBD: It took me years; I found my sound by just being myself and having fun with it.

ABM: What what your last release people can go check out right now?

HBD: My newest song I have out right now is called “COMEOVER” I dropped it about a week ago.

HBD: At the moment im working on a song im about to drop next month in august. Im excited about this song , so be on the look out for that in a few weeks. I’m also working on dropping a mix tape by November.

HBD: My ultimate goal is to make an impact in the hip hop scene and be remembered for the music ive made.

HBD: Id like to give a shout out to everyone that believed in me .