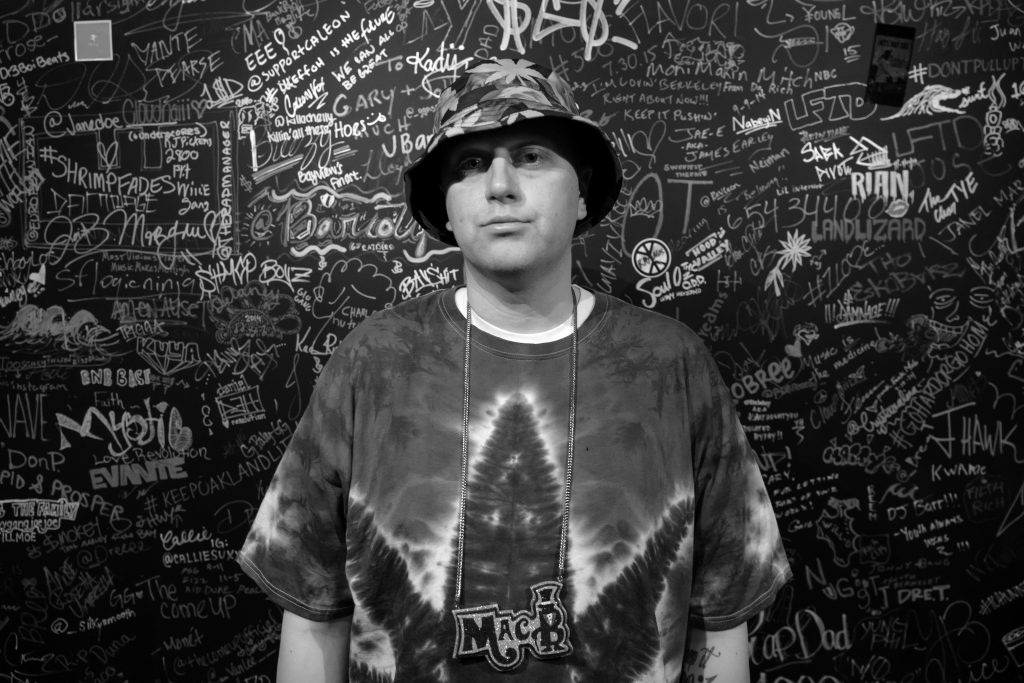 All Bay Music: What is your Rap name? Tell us the story behind your hip-hop name?
They call me Mac B . The B is short for Brandon . When I was a youngsta I listened to Mac Dre’s music so often people started calling me Mac B and it just stuck .
All Bay Music: Has anything happened in your life that led to the decision of becoming a Musician?
My Mom’s got really dope music taste . As a kid she used to play me 60’s hippy music , 70’s soul & funk , 80’s pop . I got my love of music from my Mom .
All Bay Music: How did you get your start in the hip hop scene?

Before I started rapping I was making beats / producing . Early on I linked up with the homie Don P ; He’s been like a mentor ever since .

ABM: How can people reach you?
Hit my page up : www.mactheplanet.com
Cinco De Yayo mixtape on datpiff  or www.soundcloud.com/macbofficial