ABM: What is your Rap Group name? Tell us the story behind it?

Lavish Boyz: We go by “Lavish Boys”, Lavish Boy Mob (LBM), or Lavish Boy Music depending on what we’re doing and where we’re at. The group consists of: me (Shino $taxx) & Devy (Lil Devy). We founded the group probably in the 10th or 11th grade. However we ain’t really touch wax until Devy’s first song “Grab That/Aint Shit Pt.1”. So we’ve been a group for about 4 years now, we just barely started making music a year ago.

Shino : I was planning on releasing music with Devy, so I knew I had to come up with a name sooner or later. I was a real big Naruto fan at the time and my favorite character on the show was Shino Aburame and the $taxx is just because I’m about my chips. 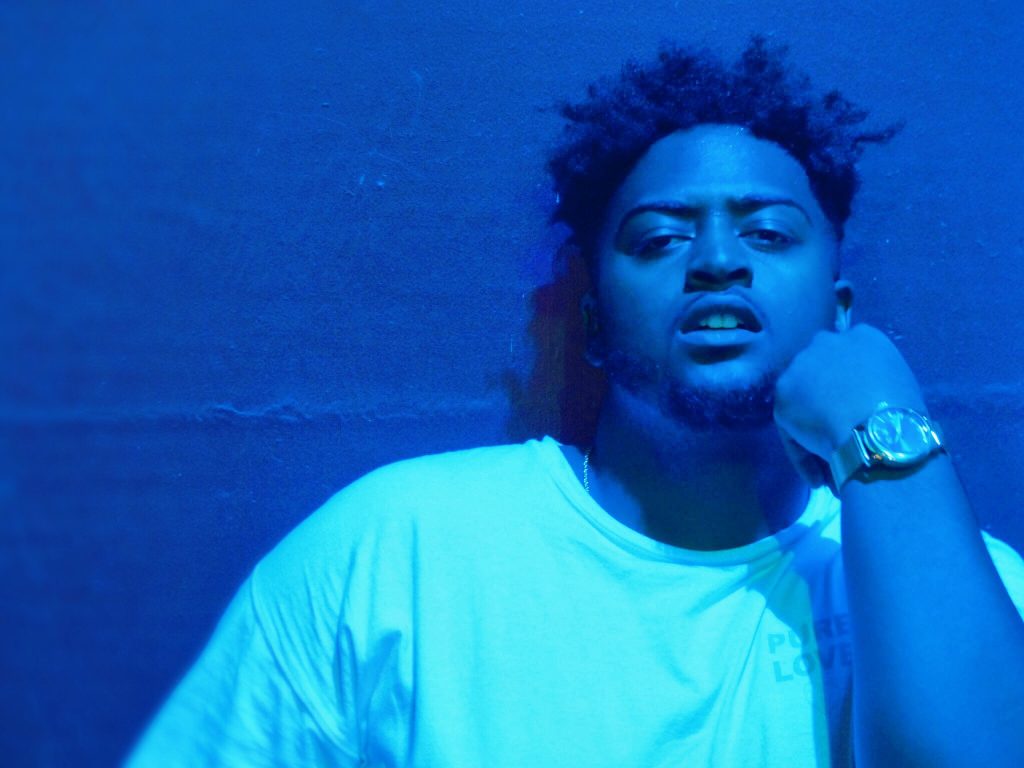 Devy: My rap name is Lil Devy, I used to have this girlfriend back in my Junior year in high school, we came up with nicknames for each other and the name she gave me was Devy Pooh, that was when I first heard it, then I took the name and ran with it, my senior year people called me D1Devy because I played football, I decided to go by Lil Devy and everyone knows me by that now. 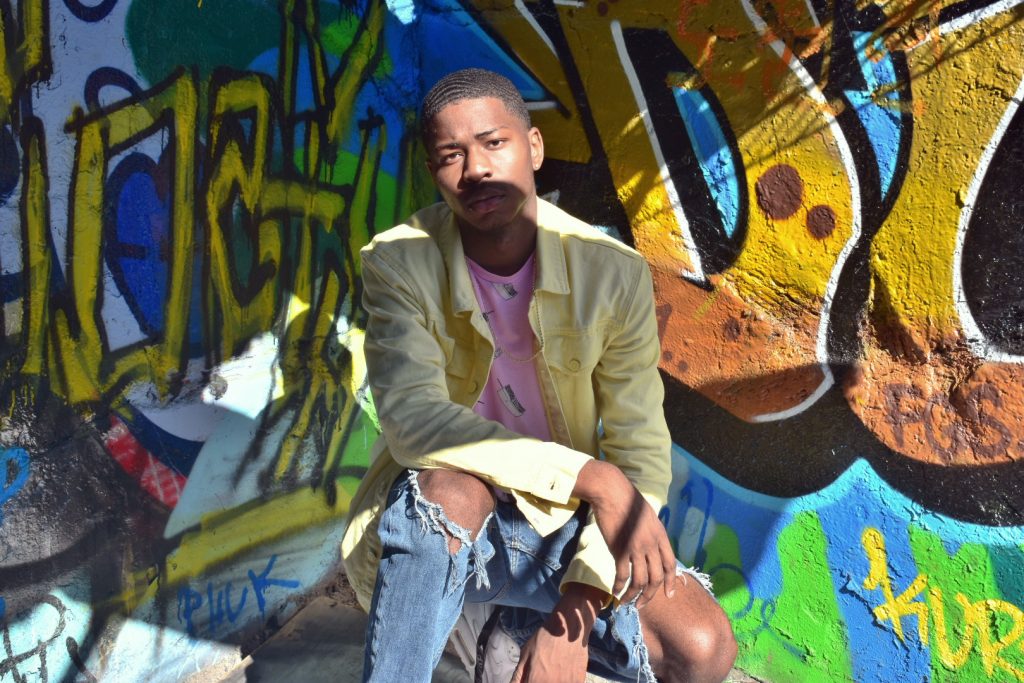 Shino : For me music has always been apart of my life since I was in my moms womb. I always thought about being an artist, I just never acted on it. I would definitely say that Lil Devy made me want to pursue the rap shit. I saw him getting love from the students at his school, and locals, I wanted to be on the same wave.

Devy: When I was 11 years old, my older brother who I lived with at the time used to joke and tell me to write songs, but other than that I always loved Hip Hop. I spent most of my time as a kid at 8 years old just sitting in front of my radio listening to E-40’s “My Ghetto Report Card” album and rapping every lyric, music always felt like the easiest way to make my day.

How did you get your start in the hip hop scene?

Devy: I wasn’t taking rap seriously until my freshman year of high school. That year I was placed in a class where I met one of my best friend’s (Josh) and he introduced me to Tristin who people know now as Shino $taxx. We used to be together the whole day and I remember they had both introduced me to HBK Gang and it snapped in my head “this is the sound I’ve been looking for since I was a kid” I loved everything they put out and still do. To this day I still think Iamsu! Is top 5 in the game no matter what anybody says.

Shino: Well I got my start when I featured on me & Lil Devy’s single “Aint Shit Pt. 2” which was lowkey a hit in terms of how many views it had in such a little time. It’s got almost 2k views on it now, but that’s a whole lot to me on the real.

Devy: I’m from Compton, I’ve lived in so many different cities but Compton is the city I call Home. I had some of the best and worst times in my life living in Compton and most of my family is there, I used to stay at my Auntie Lisa’s house so much that I don’t even have to ask her to come over anymore, it’s like a second home there. Yeah Compton gets hectic sometimes but what city doesn’t? I can promise y’all that Compton is easily one of the most cultured cities in America.

Shino: I lived in Los Angeles. CA., up until the age of four, and then my mom moved us out to Sacramento, CA where we stayed damnnear everywhere, from South Sac, West Sac… all different areas.

Shino: Anything that comes to mind really. I’m trying to get more personal moving forward, but for right now Im just having fun. Regular lavish chat going on when I’m in the booth, blue strips, females, lavish shit..

Devy: I usually rap about whatever’s on my mind at the time. I’m still trying to find my sound so you can never expect to hear something specific from me, one song I’ll rap about how people don’t want fonk, the next I’ll rap about being in love, i might mess around and drop a singing record one day. I try to paint a positive picture sometimes but it’s hard when you have so many people not on your side and so many people wishing to see you fail so that’s what I rap about.

Lavish Boyz: Go check out our 7 track EP “Dynamic Duo” on Soundcloud on both of our pages. We put a lot of time and effort into crafting those songs for everybody. You can get a little bit of everything from that project.

Shino: Im taking the backseat for a lil bit while Devy works on his new mixtape coming next year. I might release a single here or there so be on the lookout, but I’m going dormant for a minute. Check out my Sound Cloud by clicking here.

Devy: I don’t really wanna say too much but I’m secretly working on a 5 song EP and a 14 track mixtape, the mixtape is called Devy Morelli, it’s gonna be packed with a bunch of fire ass features and I’m not dropping that for MONTHS maybe even a year. I really wanna submerge myself into the studio and be one with the slaps to give everyone what they want. You can check out my Sound Cloud here.

Shino: Don’t have any out at the moment but I’m definitely working on it.

Devy: Last visual I did was for a remix of “D to the A” by Tee Grizzley and Lil Yachty. The song was called “LBM to SOS” with my bro SOS Mac, he went so crazy on that song, after we recorded it and released it some people I know that are videographers just hit me asking to do a video because they worked with us and the song was doing numbers so we linked up one day, shot half on the rooftops of Sac City parking garage and the other half in Meadowview. That was my first video and hands down a classic, it’s doing almost 5k on Soundcloud right now.

Shino: To have left a mark on rap as a whole, not just for the West Coast but the whole world. I want to be a young, black thriving successful role model, that gives back to the less fortunate communities, and my community as well. Just push forward with black excellence, and be a saucy ass nigga at the same time.

Devy: I wanna have mogul status. I want to own businesses and my very own record label, I want yo put everybody in my circle on. I don’t want Lavish Boyz to just be me and Shino, I wanna expand and make it something bigger than people can handle. Then change the image of rap and bring the mainstream back to California

Shino: Twitter is @belikeshino, IG is @biigshino, email for features, beats, or booking is: staxx.t@yahoo.com

Devy: For bookings, beats, and features my email is LavishDevy@yahoo.com . My Twitter is @wavezaddy and my IG is @whosdevy I’m rarely on Facebook but you can follow my music page @LilDevy. Twitter and IG are probably the best way to reach me.