King K From The Bay 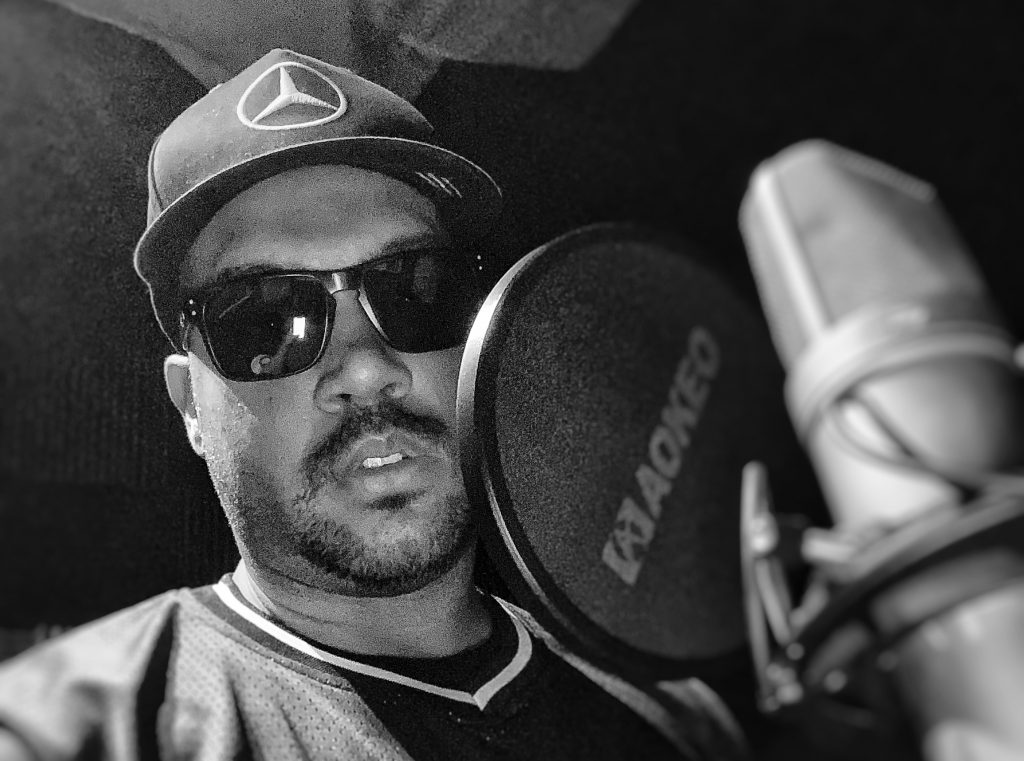 King K: Full stage name is King K From The Bay but I tend to keep it short and go with just King K. King K derived from me doing music. I’ve worked with many types of people in music and I often heard people say “Damn King you be killin em” in reference to making music. King being my last name and the K stands for kill em.

King K: I have been around music since an early age like most artists out there. I can remember as far back as me being a little kid with my curly afro riding shotgun in my brothers Honda listening to cassette tapes featuring artists like 2 Pac, Biggie, Nas, Outkast, Jay-Z, Kriss Kross, KRS-One, and the list goes on. Music caught my ear at an early age and I was hooked ever since. When I got older, I started to learn about the music game more. In High school I had friends who were into recording and was putting out music. I would see the reaction of people when they heard their tracks and I became intrigued. I didn’t get into music at the time because I was into sports and went on to play baseball professionally for a couple of years after high school. After my career ended in sports I started hanging around the music scene. I started off by going to studios with other artists and started giving my input on their records. From There I started to dabble in producing and then recorded a couple of tracks. After a few years of helping my friends who were artists they told me that I need to really get into making my own music and push it. So here I am today pursuing my passion of making quality music for the people.

ABM: How did your upbringing in the Bay Area influence your career?

King K: Going to high school and living in the Bay Area had a lot to do with the influence of my music career. As you know the Bay Area is so cultured. The creativity and artwork out here is second to none. Growing up in a low to middle class family gave me the foundation to go after my music career. As I stated before I had a heavy sports background and I believe that gave me the foundation needed to not only succeed in sports but whatever I put my mind to. I’ve learned that if you really want to make something happen, you’re going to have to go out there and grind. Life is a fucking grind for real and anything worth having takes time to manifest. In my upbringing I’ve learned to be patient, focused, hard working, resilient and humble.

King K: At the moment I am working on the concepts for potential music videos for my 3 singles: “Be Something”, “Dodgin” and “Play My Shit”. Once the concepts are finalized we will be moving forward with production.

ABM: How do you feel about the protests, and the black lives matter movement?

King K: I don’t really like to get into the politics of what is going on in the world too much. What I will say is that everyone has the right to protest. It is their first amendment right. As long as it is peaceful, I’m all for it but if protests become violent then that is crossing the line for me. We need positivity and support to bring us all together not violence.

King K: I always have something in the works. No planned mixtapes or albums at the moment but I am always working on singles. I am currently working with artists all through California to bring good music to the people.

ABM: What inspired you to pursue being an artist professionally?

KingK: The impact your music can have on single person or a group of people. I have heard multiple times that my songs have helped a person get through their day. It’s really a good feeling to hear that. Being an artist professionally will allow me to reach a larger audience on that level. The obvious perks that can come with doing music professionally inspire also: financial freedom, fame, etcetera but that is honestly not the sole reason I do it. I fucking love and appreciate seeing people vibe to my music! Watching someone sing along to your track is a euphoric feeling!

ABM: Do you have any other lanes in music that interest you?

KingK: Some other lanes I am going to get into is producing and the engineering side of the music game. I am also looking into starting a clothing line as well as a future music label for independent artists.

KingK:
In 5 years I plan on having some major features on the resume. Hopefully this pandemic goes away so I can get into clubs and major venues. It would dope as fuck to go on tour and open up for some major artists. With all that being said, at the end of the day I hope I still have the same loyal fans and many more who vibe to my music.

KingK: I would like to shout out everyone who supports my music out there. Family, friends, DJ’s, promoters, producers and artists. No names needed, you know who you are. The future is bright and I could not do it without you. Thank you to All Bay Music for this interview. You have shown nothing but love for me and I will not forget that.