Infamous Taz is an upcoming East Oakland native artist who resides in Pittsburg, CA. Read up on how he started making music, living in Pittsburg, and his background.

Infamous Taz: I go by the alias Infamous Taz. My name derived from my childhood; my family would always compare me to the “Tasmanian Devil” character from the Looney Tunes show because of the way I would tear up the house and how hyperactive I was as a child.  So my brother gave me the name “Taz” and it was a name that stuck with me throughout my life since the third grade.  But when I began rapping and taking music seriously I had first added a long prefix to my name and went under the alias “Da Infamous Lil Taz”, which was inspired by Nas’ old rap name “Nasty Nas”. But for most people my name was too long to remember and when people referred to me my name was always shortened to “Infamous Taz”.  So I decided to change my name to that so the listeners would always remember me when they heard my music

Infamous Taz: When I was younger I had played football for the majority of my life as a child, all the way up to my adolescent years, and had first aspired to play in the NFL one day. But what changed my aspirations was me being influenced by music my whole life. As an infant when I stayed in Oakland, my mom would always have me riding around with her in my car seat listening to artist like 2pac, Scarface, E40, Dmx, etc. When I moved to Pittsburg and I stayed at my Auntie’s house, my Uncle would always have his band in the garage and I would watch them play live music by artist like Cameo, The Brothers Johnson, Parliament, Prince, The Gap Band, etc. Even on the way to my games he’d play music by those kinds of artists in the car. So once I got to my tenth grade year in high school, my life was taking a turn for the worst at the time and I realized that football couldn’t give me that peace of mind that I was seeking. The only thing that brought me true tranquility was being in the studio. Once I realized that, I quit the team and began to put all my attention towards my art.

Infamous Taz: As an adolescent I was always an avid listener and supporter of the culture of Hip Hop. I mainly always listened to old school artist like Rakim, Public Enemy, and Treacherous 3; as well as listened to Bay Area artist like Mac Dre, Keak da Sneak, and The Pack. So at first when I rapped for fun, I’d either make raps that sounded a lot like 80s hip hop or the hyphy movement.  But what made me serious about pursuing the rap scene was hearing the song “N.Y. State of Mind” by Nas. This song in particular made me realize that it was more than just a catchy line or talking about materialistic things but it was more about a message and getting your story across to the masses through lyricism. From there, I began to rap around my school, be in rap cyphers on the corner, and find anyone I knew that had a studio or knew someone who did to make my climb in the music world.

Infamous Taz: I was originally born in East Oakland, but I was raised in Pittsburg, Ca. Growing up in Pittsburg, I ran into more trials and tribulations than I thought I would. My family moved out Oakland in the first place to look for a quiet city where we could find peace away from the street life, but we found the same thing in Pittsburg. I like to describe Pittsburg as “gentrified waste land” where everyone from all around Bay lives at because they were gentrified out of their hometowns. With that being said, affiliations and clicks are set up according to whose from a certain part of the Bay as well as a certain part of Pittsburg someone is from if they were born there. A lot of my friends were involved in some sort of hustle, hard drug, or was just involved in street conflicts that usually started in another part of the bay and was finished in Pittsburg. A lot of those times I found myself in the middle of those situations, and considering the people that I was affiliated with it took a lot not to be reeled into their lifestyle.

Infamous Taz: I typically rap about just everyday life and what I see. I like to speak on topics that most people don’t talk about in their music but more so in everyday conversations. I also talk about the condition of my race and what we go through as a people as well as speaking of unity amongst my people. But most of all I mainly talk about my life experiences and what I’ve been through.

Infamous Taz: My last full length release that I put out was my mixtape called “The Commodity” which is also my first and only full length project at the moment. This project explained my inclinations of being rich and famous for my profession as well as accentuated how I was broke at that time and how I wanted to be heard.

Infamous Taz: Right now I’m currently working on more free singles and visuals for more people to gravitate towards while I prepare everything for my next upcoming project. This project is an 8 song EP titled “F.L.L EP: A Poet’s Story” and it’s still in the working process at the moment.

Infamous Taz: The last visuals that I’ve released recently are “3am In Oakland” with Leo (founder of Mercer Brotherhood) and “Summn Light” with members of my group (J.C.O.E) Swayze & Sleaze and they are both now available on YouTube. The video for “3am In Oakland” was shot in the section of West Oakland referred to as “The Bottoms” and gives you the gritty side of Oakland as well as shines a light on its revolutionary relevance. The video with J.C.O.E “Summn Light” gives you more of a 90s home video vibe, taking place in Pittsburg at a house party.

Infamous Taz: What I hope to achieve by the end of my career is to be remembered as a poet, musician, and a businessman that spoke for change and brought change through music. I want to be able to give back to my people as well as be the example of success coming from the struggle. 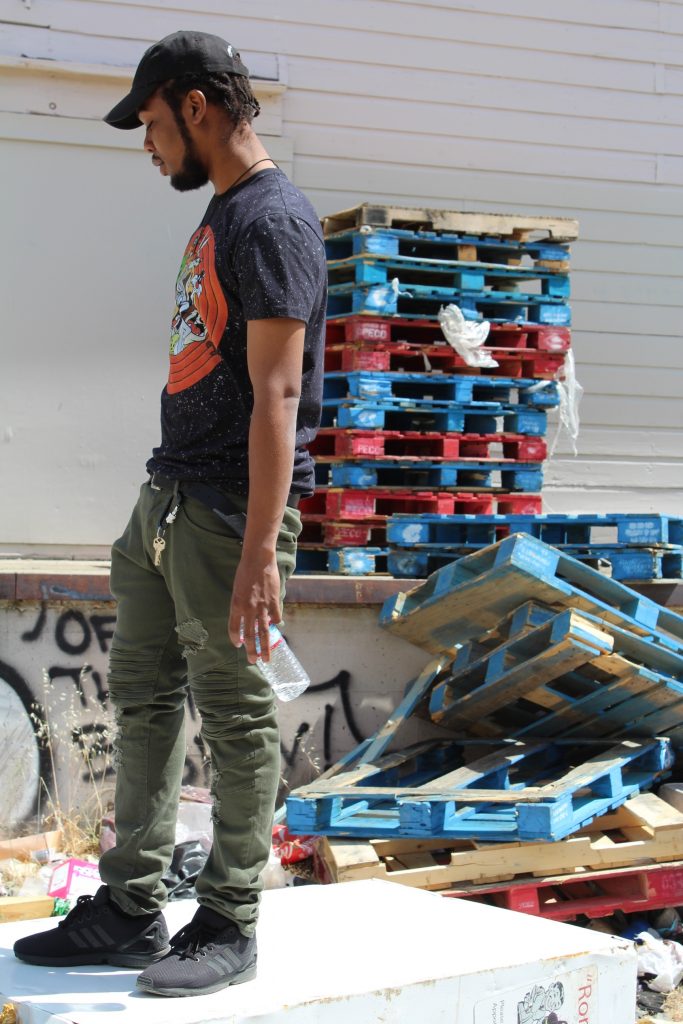