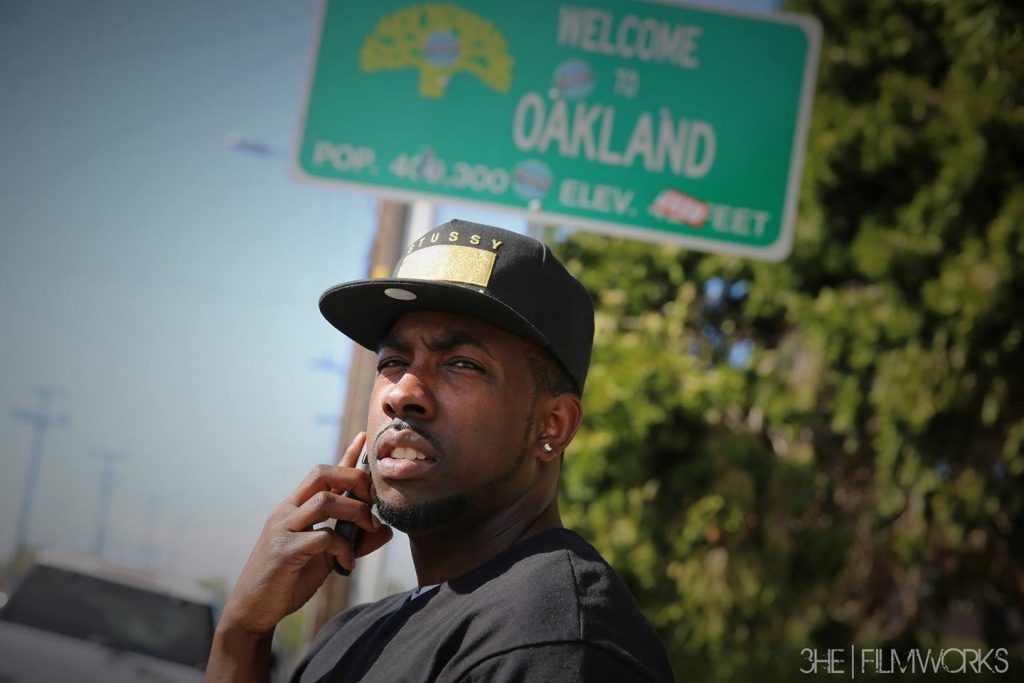 ABM: Tell us, what does your name “GQ” stand for?

Papi GQ: My name GQ stands for Genuine Quality.  As an artist everything that I do to promote myself will be Genuine & have quality to it … So GQ fits perfect

ABM: What is it that inspired you to start your music career?

Papi GQ: I grew up in a family that loves music. As a kid My brother used to have every cd first & know every song first .. So I would base my music choice off rather my brother liked it or not. If he liked it then I knew the song slap .. As I grew older I tried to beat my brother to all the new song first . Basically try & put him on new slap first . That made me love music .. Made me love it so much I decided to make my own music

ABM: When did you begin making music professionally?

Papi GQ: I started writing music in middle school .. I started actually recording in high school .. By the time I went to Jr college at Laney I started making CDs & passing them out! More so I started networking on social media & started getting involved wit shows & events

ABM: Where are your from and what was it like growing up there?

Papi GQ: I’m from East Oakland . As a kid I stayed in  the Dubbs & Funktown. By the age of 11 I moved to the 70s . So I don’t really bang no turf I just claim the East cause that’s where I’m from. Growing up in East Oakland I seen it all. From the times I used to catch the “58 bus” home & seen fights on the bus to knowin people who I would see on the usual get killed or put in jail . Oakland is one big Hood so if u from Oakland u from the hood fasho.

ABM: Tell us a little bit about your music and what we can expect to hear when we listen to it?

Papi GQ: I normally rap about playa shit. I don’t try to be something I’m not or rap about something I don’t be doin . I like rapping back reality and things that I actually go through .. I found my lane and Ima stay in that lane instead of switching lanes to gain an audience.

ABM: Which projects do you have out already for the public to check out right now?

Papi GQ: As of right now I put out a project at the beginning of the year called “Writers Block” an EP with 8 original songs. “Writers Block” could be found on iTunes… Apple Music .. Tidal .. Amazon … Google play .. Etc

ABM: What are you working on right now?

ABM: Do you have any visuals out right now that we can check out?

Papi GQ: My latest visual is to my latest single “Problems” ft Bugzy. We shot the video on treasure island / Berkeley . The drone shots in there are sick! It’s up on YouTube right now, check it out here.

Papi GQ: My ultimate goal at the end of my career is to reach the highest platform with my music and let everyone know that I made it from Oakland California where lost don’t make it out . To build off my ultimate goal I just want to be successful with my music.

ABM: Where the people reach you online?