Drego Dregan: My Rap name is Drego Dregan… Drego a leo and Dregan the Dragon together, as my birth year is the year of the dragon and my zodiac sign is a Leo. Get em both or say one, but don’t get em twisted.

Drego Dregan: I’ve always been a huge music fan, I believe it was just in me from a young age. Growing up, music was always being played in my household and I played percussion for a couple years in Jr. High School. After writing my first song at 13 and recording my first song at 17, I knew I had a talent for this. While I was in college I found out my cousins were rapping and I went to a couple studio sessions with them. Just being in that environment and soaking up game, I knew this was what I wanted to do. So me and my cousin, Young Tuk, started working on our first project together and it snowballed from there.

Drego Dregan: After recording music with my cousin, Young Tuk, I ventured off in search for producers and other artists to work with. I started by linking up with a college friend, Juante, who is also a producer and engineer. Through him, I worked with other Bay Area and Sacramento artists. As I continued to work, stack up content, and soak up game my music skills grew tremendously. I already believed I was raw at the beginning, but as my skills continue to grow, greatness is inevitable.

Drego Dregan: I am proudly from Oakland CA, that’s home and where I was born. I also lived all around California, specifically in L.A, Ukiah, and San Francisco during my Jr High, High school and College years respectively. Oakland is my favorite city in the world, a historic place, and I pray for it every day. The people and culture are beautiful in California and my plan is to help bring that beauty, culture, and Oakland as a whole to the forefront of rap culture… My message to the state of Oakland now is, lets bring back the sideshow days and fight Gentrification.

Drego Dregan: Any and everything I feel. I don’t want to be put in a box artistically… But, as my catalog grows I see a lot of California Bay Shit, mixed in with barz, something for the ladies, some deep songs and something to smoke & cool out to. At the end of the day, I want to make something for everybody to listen to and for any mood you can be in. Like 2pac, Snoop Dogg, Lil Wayne and other greats did before me, you gotta touch all of life’s bases as an artist. So expect consistency and the unexpected.

Drego Dregan: My last project was my album “Dregan The Dragon”. That album took a lot dedication and time, which makes me proud of the project as a whole. It slaps, and has a little something for everyone. The one lesson I learned from making it is that I have to be faster in putting out my music. The game waits for no one… So look out for a wave of music put out by me. Yadadda

Drego Dregan: I’m currently working on my new mixtape “Barz & Slappers Vol 1”, I should have that ready Mid 2018. I just finished recording a collab project with the homie Y@$ that’s also coming out early 2018. At the same time I’m also working on my new album “Drego a Leo”, be on the look out for that one at the end of 2018. I’m tryna really hit em with that hard work and talent throughout the rest of my career.

Drego Dregan: Hard work beats definitely beats talent. There’s talented people out there who waste their time and talent everyday with a lack of drive. So I Can’t let these Untalented Mutha-fuckas out work me. When hard work & Talent mix, You get Greatness, and that is what I bring to the table.

Drego Dregan: My latest release was the “Hella Lit” music video directed by Wet Visuals. This song and video is hella hype, and guaranteed to get the function slapping. One of my best videos yet, be sure to check that out on YouTube. Also a huge thank you to All Bay Music for the write up, and for recognizing how dope it is. I’m really happy with the video and I already knew the song was hit. Shout out to everyone who came out and helped make the video dope. From Juante, to my bruh 2Tone, Queen Myleka and the Alexander Models.

Drego Dregan: To scream “East OAKLAND” hella loud on the Grammy stage after I win my first Grammy and to conquer the music industry. I basically wanna become the West Coast Jay Z and expand to other profitable business ventures when its all said and done. 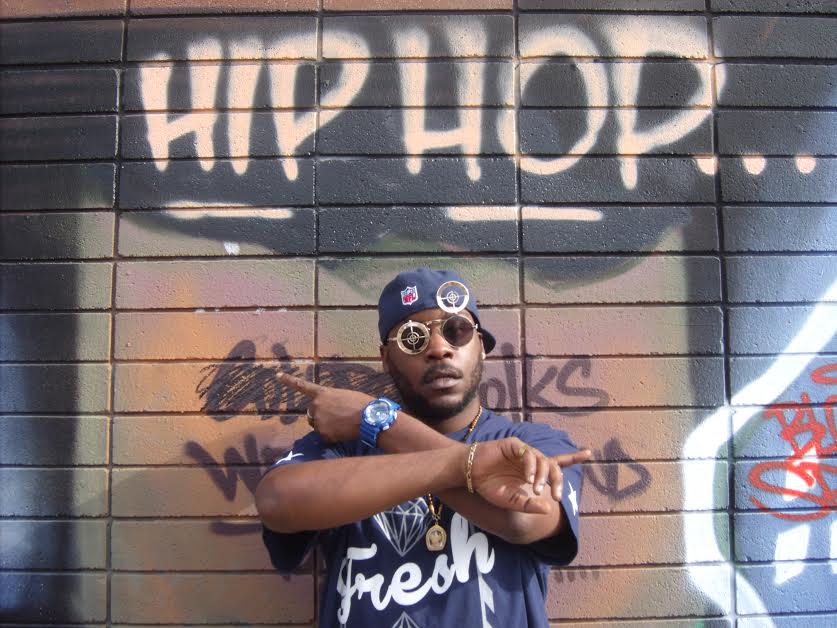