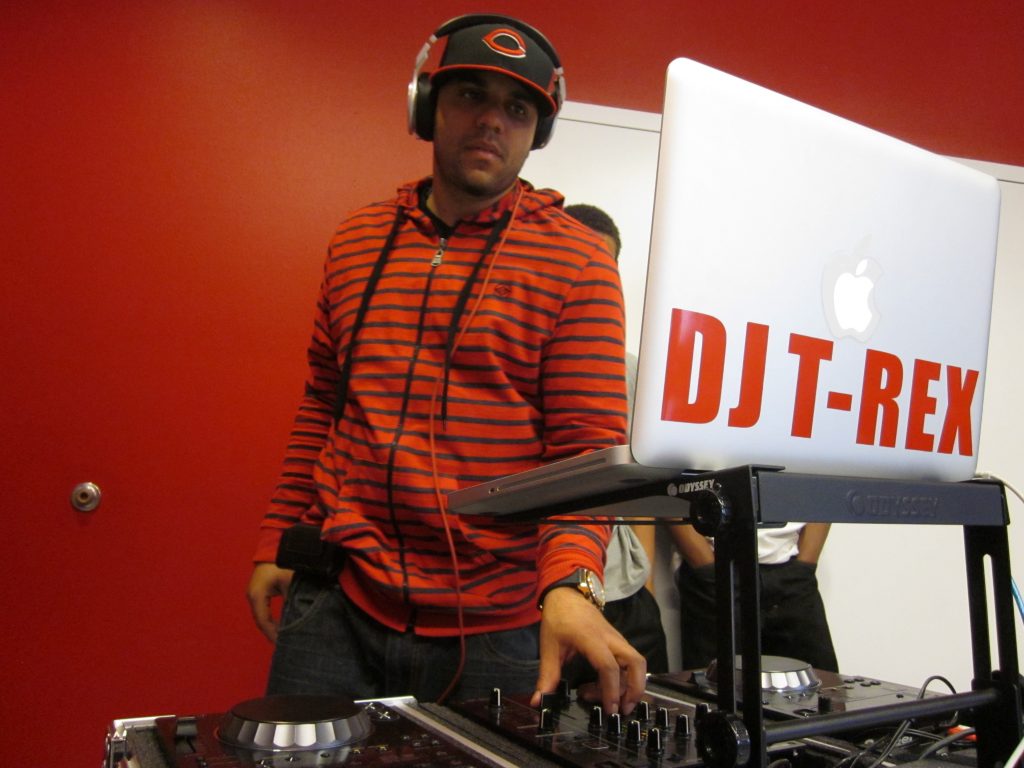 DJ T-Rex is a well known west coast DJ, who is born in Dominican Republic, raised in Anchorage Alaska. He has worked with several reputable artists, owns a huge hip hop brand “Bang or Die”, and has a lot of releases coming. Read up on the hard working DJ T-Rex!

ABM: What is your DJ name? Tell us the story behind your DJ hip-hop name?

ABM: Has anything happened in your life that led to the decision of becoming a DJ?

DJ T-Rex: Well I come from a background well my mom use to throw a lot after party after the club me being young I started popping cds & cassette into the radio while everybody use to be drunk shouting out play this play that song. So I guess it was in my blood to become a DJ.

DJ T-Rex: Being a producer first.

DJ T-Rex: I was born in the Dominican Republic, Grew up in Anchorage Alaska. Alaska is cool I got in involved in the street life thuggin when I was younger is a nice place to raise your kid. We have a small hiphop scene out there not enough resources to take it to the next level.

ABM: What artists have you worked with?

ABM: When are you releasing your next mixtape?

DJ T-Rex: I met Beeda Weeda in Alaska through Rico Rossi so when I moved to LA I started putting the Bang Or Die EP together I reached out to Beeda Weeda I told him I wanted to work with him once he agreed  I sent him some beat  and then from there it was a wrap!

DJ T-Rex: Well I have to 3 videos out on youtube & Worldstarhiphop with Kidd Kidd of G-Unit , YG Hootie and Slim 400, Right now and I’m about to drop the one with Beeda Weeda I’M G.O.O.D. I got to feed the street with this banga.

DJ T-Rex: My ultimate goal is to build a legacy and past it down to my kids and their grand kids.

ABM: Any business ventures or ideas you got in the works?

DJ T-Rex: Yes I do, my PR Ian Jackson & I we’re about to building the Bang Or Die Radio a new platform for the undergound artists.

ABM: Who is the most impactful artist in your life who has inspired you and why?

DJ T-Rex: Artists I met in real life E-40, DJ Smallz, Beeda Weeda DJ Battle Cat & Snoop Dogg these is people who actually gave me some type of game or contribute to my  success.