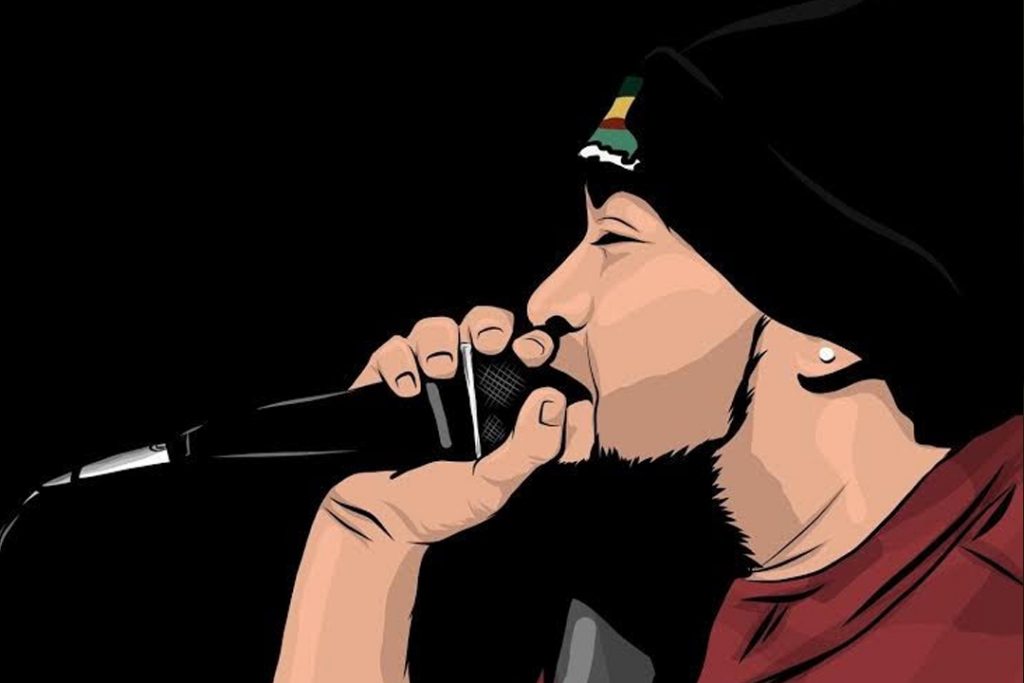 AOneHunnit: I go by the name of aOneHunnit, formerly A1. The name was actually given to me by my older brother who also does music. Since starting to do music I have ran into a few A1’s which resulted in me changing my stage name on my second album, self titled aOneHunnit. I sort of look at it as a level up! A1 now I’m A100.

AOneHunnit: I started writing music in middle school after my brother showed me how to structure out my rhymes. He inspired me to do my thing. I recorded my first vocals at the end of my freshman year and instantly fell in love with the process of putting together these tracks.

ABM: Where are you from? How did your upbringing in home city influence your career?

AOneHunnit: I’m from San Jose, CA. Growing up in such a diverse city inspired me in many ways. The different cultures and nationalities you come across really has its way of influencing you. Also being one of the younger kids in my big family I was always around older cousins and brothers who played music like, The Roots, Blackstar, JayLib, and of course those Bay Area slaps. When I started writing music in middle school was the days of the hyphy movement which put the Bay Area on the forefront of the music business, which ultimately put in my mind that if these artists from my area could do it, why can’t I?

AOneHunnit: I just released my 6th studio album “Too Much Sauce” which is a collaboration album with one of my producers who is a absolute beast, DJ Eggroll. The project is available on all major platforms such as Spotify, Apple Music, Tidal, etc. 2020 I will be focusing more on singles rather than projects. But I also have a collab project with my boy Devien, which will be a follow up to our first project SJM Dream$. I also got a solo video with one of the All Bay Top Models Lindo Boo called “So Fine”.

AOneHunnit: In 2019 i dropped 4-5 videos some singles and some collabs. I just dropped my new video “Too Much” off the album “Too Much Sauce” feat Nieto MCH, produced by DJ Eggroll. Pushing Dope productions absolutely killed the video! So search AOneHunnit Too Much on YouTube to check out that new heat!! Very happy with the final product and look forward to working with Ayceephotography again!

AOneHunnit: Over the years in have worked on music videos and engineering studio sessions. Those are two lanes I would love to get more involved in.

AOneHunnit : I have been actively doing shows since 2010 all over the Bay Area and have recently expanded to SoCal and Colorado. The plan is to get everywhere so we chipping away at the moment with my production team Hisyd Ent & San Jose Major Moves

AOneHunnit: Honestly, recently a lot of my inspiration have come from my peers in this game. Seeing them elevate their game and kill show sets makes me want to better myself! Don’t want to leave anybody out but definitely all my RnB artist on the bay been killin it! Make and female! They inspire me to be the best artist I can be! Overall Nate Dogg and Trey Songz or Chris brown always have a big influence on my music as far as mainstream artists go.

AOneHunnit: #1 Devin the Dude! If anybody got a line on him hit me! Lol would love to make work with Dev fasho!!

AOneHunnit: Thank you to all my followers and supporters! All my friends and family who encourage me to keep doing my thing! Mean the world to me! All my fellow artists let’s work! Let’s get this money! Hisyd Dynasty forever !! 1Luv