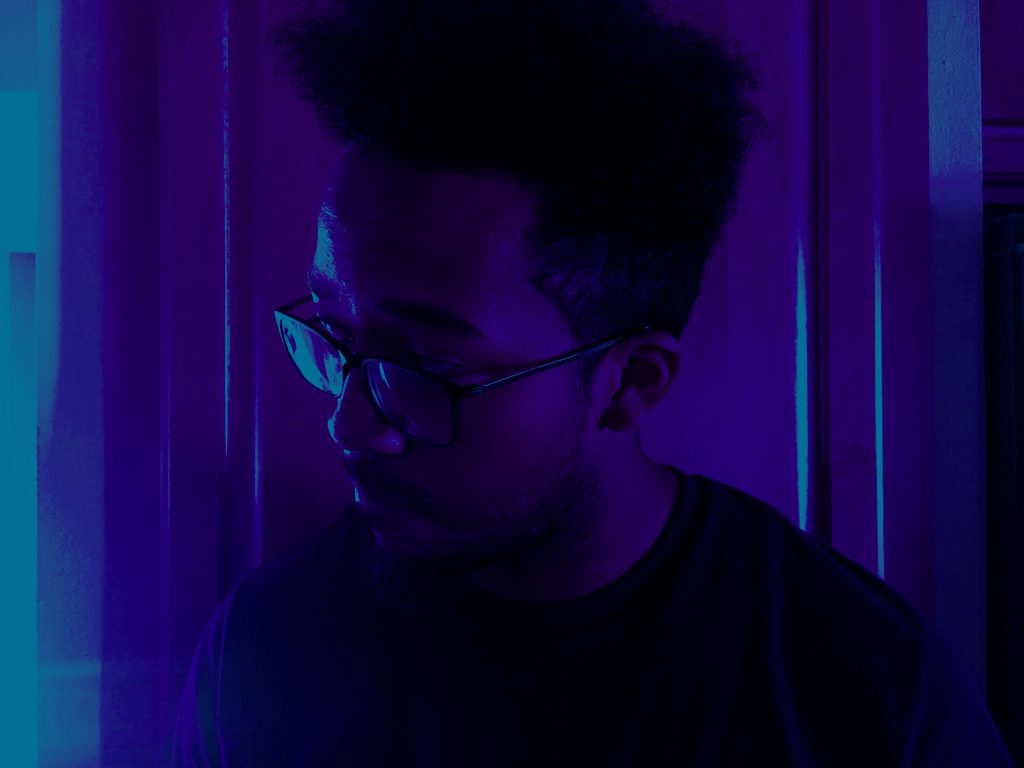 All Bay Music: What is your Rap name? Tell us the story behind your hip-hop name?

Edword Evwrit: Edword Evwrit. It’s based on my grandad’s name which is Edward Everitt. I took his name because he was an artist and someone I never got to meet. I’ve only ever heard the glory stories about him and what he did from my father and his siblings. That’s how I wanna be talked about and remembered from people, but more importantly from my father. I changed the spelling from Edward Everitt to edWORD evWRIT to play on the words. Word writ is short for “words written”, because I take pride in what I write.

All Bay Music: Has anything happened in your life that led to the decision of becoming a Musician?

Edword Evwrit: Mostly just being around my brothers and cousins. They started rapping when I was really young, under the name LunaClick and I was always around them. By the time I got to my junior year in high school I kind of just jumped in with them.

All Bay Music: How did you get your start in the hip hop scene?

Edword Evwrit: It was just buy selling CD’s around school. Then, eventually I was a part of LunaClick and we put out an album and solo albums in 2011. That was pretty much the last anyones really heard from any of us. Life just kinda got in the way I guess.

All Bay Music: Where are you from and what was it like growing up there?

Edword Evwrit: I was born in San Francisco, but basically raised in Pittsburg, CA. The city gets a bad rap and I can see why but I honestly love it out here. It’s my home. I’m pretty non-confrontational so I feel like I had it pretty good most of my years here. This is where I met my best friends and my wife.

All Bay Music: What do you typically rap about?

Edword Evwrit: I was big on story telling but lately it’s mostly my views and opinions on anything really. I’m really family oriented, so thats a big portion of my inspiration and subject matter. I’m also in my own head a lot, so thats a common theme too. It’s been more personal lately too, cuz nobody can tell me about myself more than I can tell them about me.

Edword Evwrit: Under my old name D to Tha, The Album’s called “Attention to D.Tales” it’s on iTunes, Spotify, BandCamp or where ever people want to listen.

All Bay Music: What are you currently working on?

Edword Evwrit: I just finished “These Pants are Uncomfortable”, and am pushing that right now. I am already in the process of starting my new album, but I doubt that’ll be out anytime soon.

All Bay Music: Whats your last visual release people can check out?

Edword Evwrit: It was a LunaClick video for the song “Ridin’ high”. It was a laid back summertime song we shot at a park in Concord. Check it out online on YouTube.

All Bay Music: What is your ultimate goal at the end of your career?

Edword Evwrit: I want to make a living doing creative things. Whether that be rapping, mixing, producing, filming, whatever. I don’t think creatives should be confined to mundane tasks at a 9-5 everyday when they could be using that 8 hours a day bringing something new to the world.

All Bay Music: Who is the most impactful artist in your life who has inspired you and why?

Edword Evwrit: Easily, Kendrick Lamar. He’s the artist I always wanted to be and the rapper that I believed the world was missing. Ever since he released “Overly Dedicated” he’s been my favorite artist, and made me feel like he filled a void in the music world. His growth is amazing to witness and his unwillingness to succumb to main stream requisites is something to appreciate.

More importantly go to my website, edwordevwrit.com that’s updated more than anything honestly.