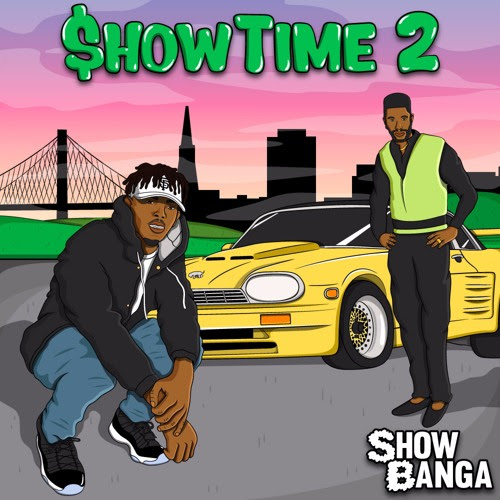 Hailing from the famed Fillmore district of San Francisco, the home of Mob Music, rapper Show Banga brings enough raucous energy and infectious songcraft to kickstart any party. Today, the former Go Gettaz member and HBK affiliate announces his next album, Show Time 2, releasing August 12th via EMPIRE. Featuring guest spots from Sage The Gemini, Lil Yee and Kool John, along with four features from IAMSU!, Show Time 2 is a true Bay Area affair, featuring elements of the Mob Music of his hometown, the ratchet beats popular across the Bay and the Southern influence prevalent in East Oakland street rap. With production from IAMSU!, Juneonnabeat, Nikeyboy, Young Page and others, Show Time 2 proves Show Banga is one of the Bay’s premier young artists and that he has the charisma to break out of the Bay onto the national scene.

Show Banga received his moniker from his father, nicknamed ShowTime, a hustler who opened up several independent music stores in the Bay Area and started Hunid Racks, a successful energy drink company that peaked in popularity during the Hyphy era in the Bay. Show Banga follows in his father’s footsteps, dedicating his life to getting money in any way possible. After getting kicked out of his mother’s house when she found a gun in his bedroom, Show Banga went to live with his father in Vallejo. In Vallejo, he attended Pinole Valley High School where he met many of the original members of HBK, eventually forming the Go Gettaz with IAMSU! and P-Lo, which gained a sizable local following before disbanding in 2011. Since then, Show Banga has earned success as a solo artist while still frequently collaborating with HBK artists such as IAMSU!, Kool John, and Sage The Gemini. Last year, the Fillmore rapper released his EMPIRE debut Mayor 4 Life, which DJ Booth called a “bridge between the Bay Area’s more gritty, street sound and it’s more polished, mainstream hip-hop.”

Today, Show Banga releases “Can’t Stand Me,” the latest single from Show Time 2, a bass-rattling banger featuring Kool John. Premiered by Mass Appeal, “Can’t Stand Me” is a classic Bay Area party anthem, with Banga and Kool John stunting on females who only want them for their money. “This record is real bass heavy got a hyphy bay vibe to it,” explains Show Banga to Mass Appeal. “I’m explaining how I can’t stand a broke female and they can’t stand me. I made this for all the females that didn’t give me playbefore but wanna give me play now that I’m making some noise and shining.” “Can’t Stand Me” follows the Iamsu!-featuring party-starter “How We Roc,” featured in The FADER in June. Show Time 2 officially releases on August 12th and is currently available for pre-order.