Nef The Pharaoh – The Chang Project 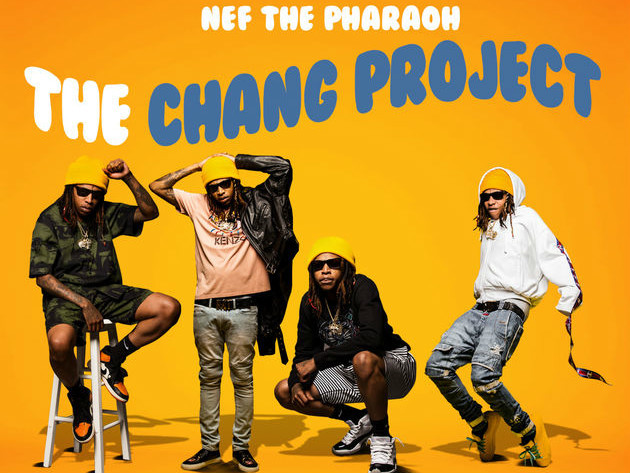 The album is made up of 15 tracks and includes features from Ty Dolla $ign, Caleborate, Larry June, Remedy and Sacramento’s Mozzy. Nef has a tribute to Lauryn Hill on a song named after her.

The Chang Project comes as Nef has made his run with a handful of mixtapes and gotten some major co-signs. Drake brought him onstage during the Summer Sixteen stop in Oakland along with Mac Dre’s mother and Mistah F.A.B. E-40 has taken the rising star under his wing and had him featured on his “Slappin” single.

“40’s always taught me to stay hungry and humble,” Nef said to HipHopDX in the fall about having E-40 as a mentor. “A lot of people, they just get to a certain point in their career and they stay there and they’re satisfied. When really I just look at it like as long as I stay in the rap game, as long as I’m alive, as long as I’m breathing, I’m gonna always play this game like I’m a freshman, like I’m the freshman trying to prove myself. Like I’m trying to prove a point, like I’m trying to earn that spot. I don’t ever wanna be satisfied. Cause once you’re satisfied, that’s when they stop caring about you, that’s when you stop working hard. I never wanna be satisfied. Even though we selling out shows, I used to perform in front of five people and five people turned into fifty, fifty to five hundred, five hundred, five thousand, seventy-five thousand people. It’s crazy. I’m never gonna get satisfied. I’m always gonna stay hungry.”

Stream Nef The Pharaoh’s The Chang Project above and see the album’s cover art and tracklist below.