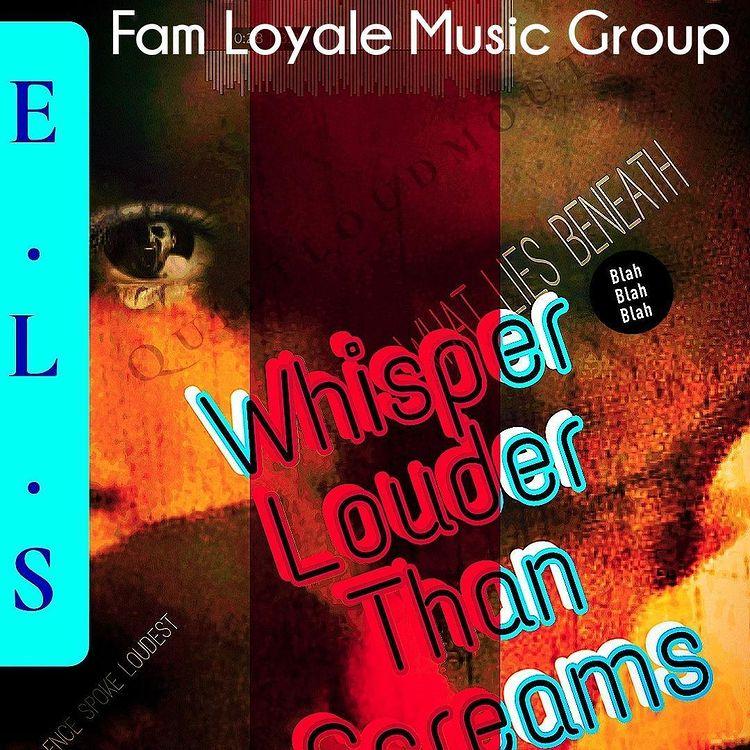 When it comes to hip hop music, the biggest rivalry has always been between the East and West coasts. Now and then, an artist will come along who we call, “bicoastal.” E.L.S.  owner of Fam Loyale Music Group, is an artist originally from East Buffalo, New York, but moved to Stockton, California as a teenager. Having experienced both East and West coast hip hop, he is able to blend the two styles to reflect who he is. As I talked with E.L.S. about his artistry he stated, “It’s crazy because my East coast family say I sound more West coast and the West, vice versa. I like that shit though. It’s a job well done then.” I have to agree. This artist is not new to the music scene, having already had some major accomplishments which include collaborations with Messy Marv, R&B singer and Grammy award winner Raphael Saadiq, and has music placements on “To Live and Ride In LA.” E.L.S. released a new EP in February titled “Whisper Louder Than Screams.” This project is 7 tracks of music that is relatable in many ways.

To sum up “Whisper Louder Than Screams” into two words: Street Poetry. There is a certain idyllic grace that E.L.S. brings to each track. The songs on this album are not overly “hyphy” as most West coast music is, but also not too aggressive sounding as the East coast style. He really does blend both styles of hip hop very well. His lyrics are full of relevancy and game that anyone can use in their own lives. Each track has a hook that is catchy, due to the repetition he uses. This style is actually very effective in keeping the attention of a listener while forcing them to really listen to the lyrics in each verse. It seems nowadays that hooks are used as the main part of the song, with verses being fillers, and the fact that E.L.S. seems to only use the hook as a separator of his verses, is refreshingly old school. According to E.L.S., every song on this project was old to him; stored away in his archives of unreleased material. I know that artists tend to stow away a number of songs to come back to later, and I’m glad that E.L.S. did! When you can record songs and release them years later and they still hold relevancy, you know you’re doing something right! I appreciated the chance to talk with this artist about his music and write this review. I look forward to hearing more from him in the near future.