Check out Nef The Pharaoh, Ezale, and Caleborate in 2016 list 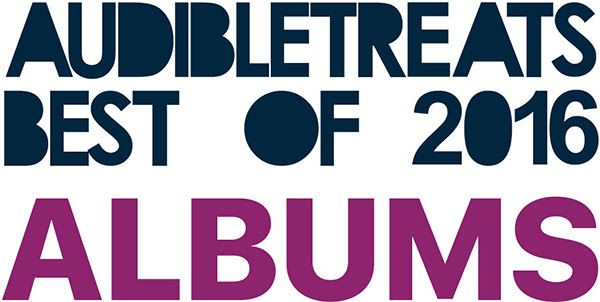 With guest spots from T.I., Gucci Mane, 2 Chainz and more, and featuring perhaps the most ridiculous (read: best) cover art of 2016, Dolph cemented his reputation as the King of Memphis with Rich Crack Baby, which peaked at #6 on the iTunes Hip-Hop Chart. One of three impressive projects from Dolph in 2016, Rich Crack Baby is the purest distillation of Dolph’s appeal, with memorable couplets and hypnotic rhythmic hooks over booming Southern beats. With highlights such as the sinister “Foreva,” featuring T.I., the 2Pac-interpolating “Trappa,” and the triumphant title track, Rich Crack Baby demonstrates how Dolph overcame a rough childhood with crack-addicted parents to become one of the most successful independent rappers in the game.

Featuring 44 tracks of unfiltered 40 Water, The D-Boy Diary, Vol. 1 & 2 is another monument to E-40’s unparalleled stature in the rap game. With a massive, all-star guest list, including features from Gucci Mane, Lil B, G-Eazy, Nef The Pharaoh, Droop-E, Jay Rock, Kid Ink, Mistah F.A.B., Eric Bellinger, Casey Veggies, AD, Joe Moses and more, the quality of the double LP speaks to 40’s status as a Hip-Hop icon, and speaks to his unprecedented longevity and relevance in the rap game.

Maxo Kream – The Persona Tape
Kream Clicc / TSO Music Group – 6/27/16
Picking up where he left off with 2015’s Maxo 187, Maxo Kream improved upon his own sinister blend of noirish Texas rap with The Persona Tape. Featuring appearances from fellow Houston rapper Paul Wall and Atlanta rappers Playboi Carti, Key!, and Rich the Kid, the tape finds Maxo Kream exploring the intricacies of his public profile versus how he perceives himself. Praised by Red Bull, who said the tape was “packed with sordid tales from Texas, with Maxo flexing his narrative skills over a crusty trunk full of bangers,” as one of the best mixtapes of July, The Persona Tape is the best project yet from one of Southern Rap’s rising stars.

A worthy showcase of the Pittsburgh-based label’s wide array of talent, TGOD Volume 1 was Taylor Gang’s first release after signing a landmark deal with Atlantic Records. A Datpiff exclusive, TGOD Volume 1 is an epic release, giving a chance for stars like label boss Wiz Khalifa, Juicy J and Ty Dolla $ign to flex, as well as showing off the skills of relative newcomers like Chicago’s JR Donato and Houston’s Sosamann.

In 2016, Young Thug and T.I.P, two of rap’s biggest stars, joined London Jae, YSL Duke, and Shad Da God to form Bankroll Mafia, an Atlanta-based supergroup dedicated to spinning gritty street tales and exalting the iconoclasm of black crime dynasties. Despite the high-wattage star power that made headlines, Bankroll Mafia succeeds on the strength of its lesser known members. Featuring guest appearances from Lil Yachty, 21 Savage, Peewee Roscoe, and the late Bankroll Fresh, the album received praise from XXL, who gushed, “the more time you spend with [Bankroll Mafia], the more you learn the eccentricities of every member in the crew.

“Nef has this easy, natural delivery, and he can navigate these simple-but-demanding beats with grace and charm and panache,” praised Stereogum in their Album of the Week review of Neffy Got Wings.” The things he’s saying don’t matter as much as how he says them.” An album-length collaboration between Nef and acclaimed rap producer Cardo, Neffy Got Wings, which features appearances from Mozzy and Philthy Rich, is an evolutionary step forward in the career of one of the Bay Area’s most promising young artists.

A cult figure in Atlanta rap who introduced Young Thug to Gucci Mane and counts LL Cool J as a big fan, Peewee Longway did it his way on Longway Sinatra, his latest mixtape, which features guest appearances from E-40, Offset from Migos, and TK Kravitz. Produced entirely by Cassius Jay, Peewee’s tight-spun, quick spit verses provide a perfect complement to the Jay-produced bangers, including titanic trap anthem “Master PeeWee.”

Marijuana magnate Berner and Cypress Hill veteran B-Real push for legalization in their vibey full-length Prohibition 3, their third “joint”   effort in three years. Featuring appearances from Wiz Khalifa, Dizzy Wright, B-Legit, Devin The Dude, Paul Wall, and Demrick, the album is an ideal listen for a late-night smoke session or for a windows-down drive along the California coast. Outspoken advocates for marijuana legalization, the longtime “buds” released Prohibition 3 a week earlier than originally scheduled as a reaction to the legalization in four states during the 2016 election.

“As a music genre, Sauce contains high amounts of mischievousness, and Sosamann’s songs are especially disruptive,” explained Noisey in their profile of the eccentric Houston emcee. “Like a vintage cigarette advertisement, he interweaves menacing content and cheerful lyrics into playful templates, excitedly stacking syllables on top of each other to craft openhearted yet grimy songs.

“Not since D-Lo has Fresh worked with someone as unique and compelling as Ezale, a talent complementary to his own,” praised Pitchfork in their review of The Tonite Show with Ezale, an accomplished collaborative album by DJ Fresh and Ezale, Oakland’s funkiest human. An eccentric character with a love for ’80s electro and funk, Ezale’s effort earned him praise from The FADER and Passion of the Weiss, who called Ezale, “a bundle of dopamine and serotonin with a glinting, carefree grin.”

A complex look at the millennial experience by a charismatic and intelligent young rapper from Berkeley, California, Caleborate’s 1993 is an accomplished statement and an engaging listen. Premiered in August by Complex, the versatile album bounces from Kanye-style chipmunk soul (“Game Over”) to Kaytranada-esque beats (“Consequences”) with surprising ease, all grounded by Caleborate’s down-to-earth charm. Praised by Uproxx, The FADER, and Earmilk, 1993 is an album for anybody who is, or who has ever been, in their 20’s.

A critically acclaimed young rapper with an aggressive flow, a unique lyrical voice, and an energetic live show, Well$ takes the next step with The Way I’m Living Makes My Mom Nervous. Featuring appearances from North Carolina stand-outs such as Sylvan Esso, Deniro Ferrar, Angelo Mota, JK The Ripper, Doms, Alec Lomami, and Sipho the Gift, along with varied production from Metro Boomin, Angelo Mota, Sipho the Gift, Jimmy Kelso, and others, the mixtape explores how the North Carolina emcee’s American lifestyle clashes with his Congolese immigrant parents’ African values. Praised by Mass Appeal, XXL, and HotNewHipHop, TWILMMMN proves that Well$ can successfully tackle any style.