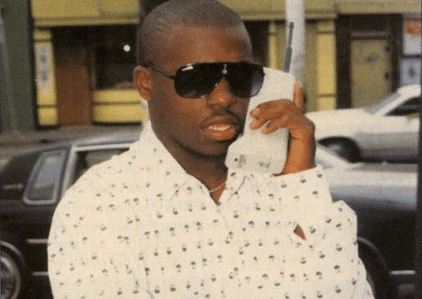 OAKLAND — Darryl Reed, once called the “crack king” of Oakland, will be released from prison this year after President Obama this week granted him and 110 others clemency.

The former drug kingpin known on the streets as “Lil D” will be released from a federal prison in Oregon on Dec. 28, 26 years into a 35-year prison sentence for manufacturing and possessing crack and cocaine to sell.

“I said, Woohoo! Like that,” his mother, Delores Stephens, told KGO-TV. “I told myself too, I believe the Lord sent him there for a reason.”

At age 20, Reed was at the top of Oakland’s narcotics trade in the late 1980s, transporting drugs through his connections in Los Angeles to street dealers throughout Oakland, retired narcotics Officer Ken Scott said.

“He had the whole city,” said Scott, who retired from the Oakland police department in 1997. “He had people in East Oakland, West Oakland and North Oakland.”

Reed is a nephew through marriage of Felix Mitchell, leader of “The Mob” gang, one of three notorious organizations that ruled Oakland’s streets in the early 1980s. Mitchell was killed in federal prison in 1986.

Though not as flashy as his predecessors, Reed lived a lavish life funded by his cocaine sales. In December 1988, he paid $30,000 for 3,000 guests to attend his birthday party at the Golden Gate Fields Turf Club, according to newspaper reports at the time.

Days later, Reed was busted when authorities raided his Adams Point apartment in Oakland and seized 30 pounds of crack cocaine and 16 pounds of powder cocaine with an estimated street value of $3 million, a record seizure at the time, according to court records. Scott, who wrote the warrant for Reed’s arrest, was holed up in an apartment upstairs, listening to Reed cook the cocaine.

“He was caught red-handed,” Russ Giuntini, the prosecutor in Reed’s case, said. “He literally had powder all over his hands.”

Now 48, Reed has spent more days in prison than as a free man. Nicole Lee, of Urban Peace Movement, said Reed has a new perspective on life and his crime days, and has called from prison to speak to youth attending the group’s events.

“He feels it’s his generation’s responsibility to share their life stories and to steer the young people in Oakland away from the mistake he made,” said Lee, whose organization wrote a letter to Obama in support of Reed.

In an interview with KGO-TV, Reed’s son Lamar Reed said his father, though incarcerated, was always there for him.

“I want to thank President Obama, it’s been a long journey,” Lamar Reed said. “I knew I had a father who loved me and that I had someone who wanted me to be better than he was. He pushed me to be that.”

Obama has granted 673 commutations during his presidency, many of which were for people imprisoned for drug-related crimes stemming from the nation’s “War on Drugs.” The previous 11 administrations granted a combined 690.

“It calls into question what the president is told during the commutation process,” Giuntini said. “This is like commuting Al Capone’s sentence, or John Gotti’s sentence. He should serve every day because of all the harm he did to the community.”

A Note from our Editor In Chief of our magazine:

“Lil D has become more than just a name in the Oakland community, his story represents the struggle of Oakland, and his release serves the community in many ways. Not only has Lil D been an inspiration, his desire and ability to make changes in his life and set a good example has continued his infamous brand in a totally positive direction at this point, and we look forward to seeing his presence continuing forward as a free man in the town of Oakland.”