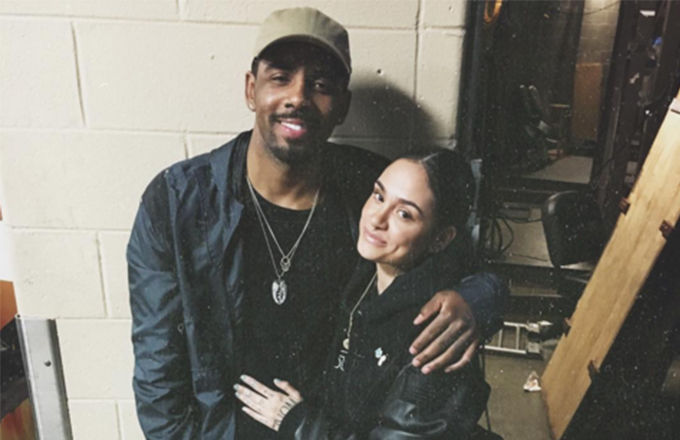 Kehlani and Kyrie Irving took their relationship public on the ‘gram tonight.

Damn, fellas — Kehlani is off the market, thanks to the Cleveland Cavaliers all-star point guard. Though, truth be told, we can’t be salty at the homie Kyrie Irving, as the 20-year-old R&B singer certainly deserves a real G of his caliber. Dating rumors involving the pair had been going on for a while, and tonight, Irving took the first step to go public with the relationship.
Irving posted a pic of him and Kehlani to his Instagram and attached a little love note that says it all: “Nothing really matters when I’m with you…and that’s when I knew I had someone special.” Even Irving had to admit the post was “as sappy as they come,” but it seems it was appreciated by Kehlani, as she reposted that pic and went on to post a couple’s pic of her own.