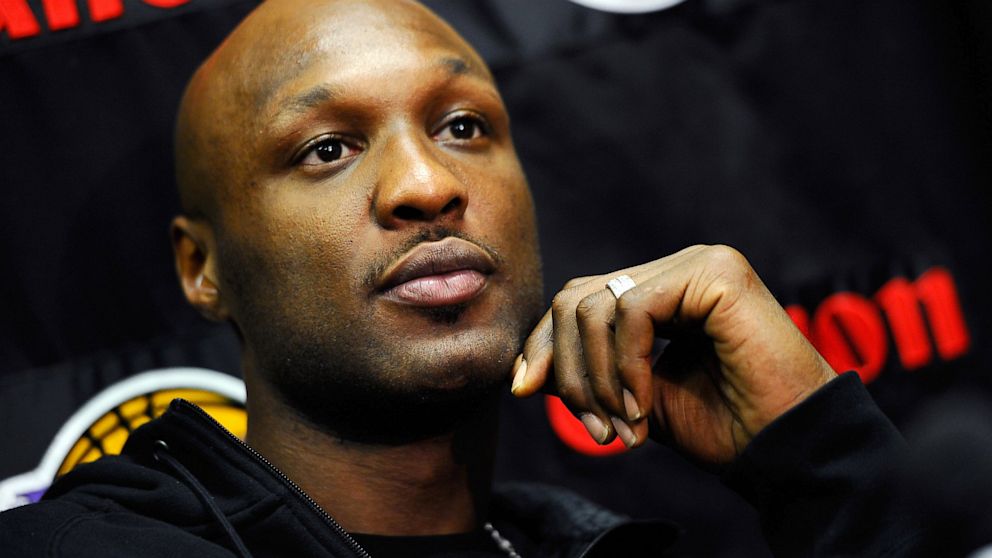 Lamar Odom, the former basketball star and ex-husband of Khloé Kardashian, was rushed to a Las Vegas hospital Tuesday after he was found unresponsive in a Nevada brothel, authorities said.

Odom, 35, who won National Basketball Association championships with the Los Angeles Lakers in 2009 and 2010, experienced a “medical emergency” at the Love Ranch, a legal brothel in the town of Crystal, Nye County Sheriff Sharon Wehrly confirmed Tuesday night.

Odom had been taking what Dennis Hof, the brothel’s owner, characterized to NBC News as “herbal Viagra,” and “he was taking a lot of it.” But no illegal drugs were found in Odom’s room, Hof said.

Lamar Odom with his then-wife, reality TV personality Khloé Kardashian, at a fundraiser in 2012.

Odom, who checked in Saturday, was found unconscious about 3:30 p.m. (6:30 p.m. ET), according to Hof, who also owns the famous Moonlite Bunny Ranch featured in the HBO series “Cathouse.”

“We called 911, and the 911 told my staff what to do: turn him over on his left side,” Hof said. “There was this terrible foaming stuff coming out of him. He was throwing up, a little bit of blood.”

Wehrly said Odom was treated first at Desert View Hospital in the nearby town of Pahrump before being taken by ambulance to Sunrise Hospital in Las Vegas, about 60 miles away. Arrangements had been made to fly Odom to the Las Vegas hospital, but he was too tall to fit in the helicopter, authorities told NBC News.

Odom is famous outside the sports world, as well, for having married Kardashian in 2009 in a wedding featured on the E! series “Keeping Up with the Kardashians.” They divorced in 2013.

“It’s a real shock,” Hof told NBC News. “It’s terrible that our business is being disrupted. Here’s a guy who just wanted to have a good time and be private, and it’s tragic.”

Several NBA players took to Twitter to express their shock at the news.

Odom played one season at the University of Rhode Island before being drafted in the first round with the No. 4 overall pick by the Clippers in the 1999 NBA draft.

Odom spent the best years of his career with the Lakers, winning the NBA’s Sixth Man of the Year award in 2011.

After seven years in purple and gold, he was crushed in December 2011 when the Lakers attempted to trade him to New Orleans in a multiplayer trade for Chris Paul. He eventually went to Dallas in another deal, but was out of the NBA just two years later.

Some troubles that met Odom before and during his career appeared to worsen after he left the league, and included a no-contest plea to drunken driving shortly before his divorce.

Odom was suspended during the 2000-01 season for violating the NBA’s anti-drug policy for the second time in eight months. During the 2010-11 season, a cousin he was close to died and Odom was a passenger in a vehicle involved in an accident in New York that killed a cyclist.

In 2006, Odom’s 6-month-old son Jayden died from SIDS while sleeping in his crib in New York.

Odom was raised by his grandmother after his mother died of cancer when he was 12. His father was a drug addict.

He has a daughter, Destiny, and a son Lamar Jr., from a previous relationship.