Police Arrested Him For Minor Traffic Violation, Then Faked His Suicide, But He SURVIVED 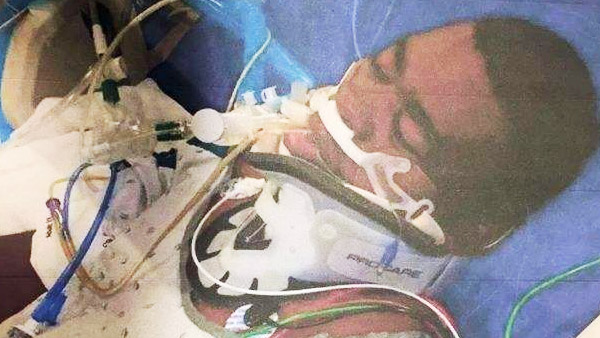 Police in St. Louis recently arrested a man on a minor traffic violation, and then blocked paramedics who said he needed to be taken to the hospital.

Paramedics from Northeast Fire Protection District say that they went to the Pine Lawn jail in September on a call to check on an inmate who had abdominal pain and bleeding. He explained that he needed to go to the emergency room, but police officers and deputies working in the jail refused to listen to him.

The paramedic corroborates the man’s report, saying that one police officer had already changed into his off duty clothes to prepare to boardthe ambulance with him, but the officer’s supervisor canceled the release of the inmate.

It is unclear why Bernard Scott, 44, was even being held in lieu of $360 bail for traffic cases. Locking the man up for such petty crimes seems unreasonable to most. But forcing him to remain behind bars when he was in need of medical attention is without question criminal on the part of police.

The paramedic more or less begged the officers to allow him to take Scott with him.

“PD again advised by EMS that pt should be transferred to ED for further medical attention,” he said in his report.

The police answer was still a definitive “no”, without any explanation as to why.

The police still have not given an answer as to why they refused to allow Scott much needed medical treatment.

Only 14 minutes after the final denial, the jail had to call another ambulance, as Scott was unconscious with stiff muscles. He was agitated,aggressive from the pain he was in, and in a posture that medical experts claim is indicative of brain damage, according to the EMT report.

Police say they found Scott hanging by his neck from a shoelace that was tied to his cell door. The story is reminding many of the Texas arrest of Sandra Bland, this summer. But in the case of Scott, there are more answers, because he survived.

Just after recently coming out of a coma, Scott told The Post-Dispatch that he was in a coma for over 11 days and hospitalized for nearly three weeks.

He says that he didn’t hang himself.

“Why would I hang myself?” he inquired. “I was in on traffic tickets.”

Scott says he can remember the first ambulance driver “wanted to take me with him, but the guy wouldn’t let me leave.”

Then another officer “told me he wasn’t going to let me out of jail unless I bonded out.”

That’s the last thing he remembers. He says he didn’t try to hang himself. Did the police do this to cover up their negligence? It certainly seems that way based on the evidence and the first hand report by Scott.

The real question now is why this story isn’t already headline news? Let’s up change that: SPREAD THE WORD!