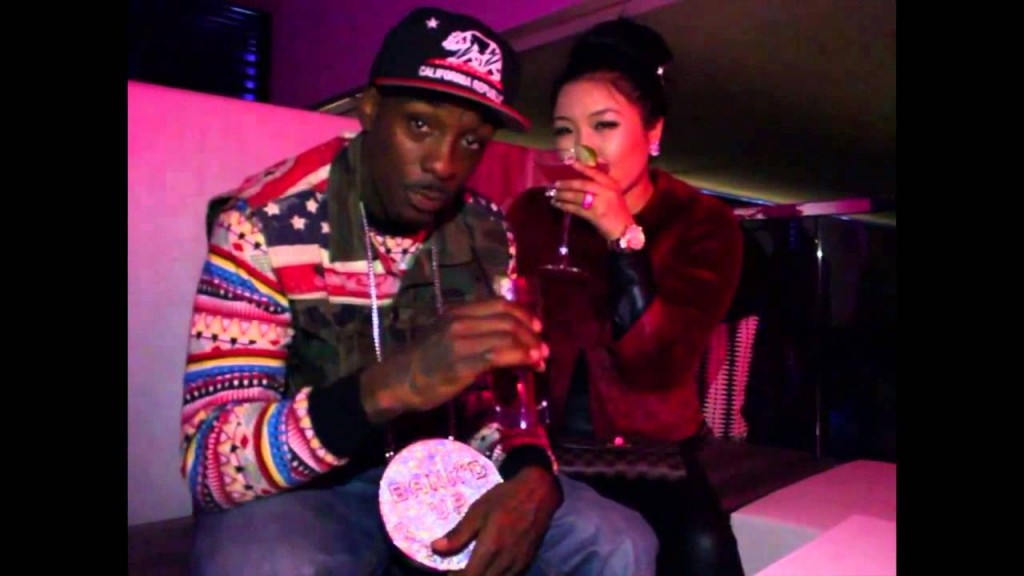 The music career of Donald “Lavish D” Oliver was rocked by a different kind of beat on June 26—the kind a gavel makes when it punctuates a six-year prison sentence.

That’s how long the rapper will disappear for after pleading no contest to gun and assault crimes that were said to benefit the reputation of the Starz, a notorious street gang that germinated in a local housing project in the late 1990s.

In prosecuting Oliver and his co-defendants, the Sacramento County District Attorney’s Office consolidated two cases: In the first, Oliver was a passenger in a car where police found a handgun in November 2013. In the second, less than four months later, Oliver filmed the assault of a gang member inside of a mall and uploaded the video to social media, where he’d also posted dozens of his rap videos.

Prosecutors used these music videos, portraying groups of young black men and chronicling tales of street violence, to identify members of the gang and characterize Oliver as their leader. Videos like “King of the City” and “My Niggas Do,” where a boastful Lavish ridicules his enemies and refers to his “boss status.”

“That was a bad video for us,” acknowledged Isaac W. Choy Jr., the defense attorney who represented Oliver during his sentencing phase. If the matter had gone to trial, Choy said he would have tried to prevent the videos from being introduced into evidence. “Whether we would have been successful or not, I don’t know,” he said.

It’s not a new story: A rapper is accused of living out his rhymes with too much fidelity and pays the price. Sometimes the results make sense, like when X-Raided was tried in 1992 for a home invasion that resulted in a Meadowview woman’s death. And sometimes they don’t, like the FBI’s decree that fans of Insane Clown Posse constitute a criminal street gang. But the phenomenon is unique to hip-hop, pointed out Coop D’Vill, a podcast host on The Siccness website and one of the few people to interview Lavish D.

After all, Frank Sinatra never had to contend with tougher sentences because of gang enhancements.

“That’s the penal code that they set up for us,” D’Vill said of the rap community. “A lot of stuff, to me, within the law is crazy. Lock somebody up for what they did.”

Like Sinatra, the 30-year-old Lavish D is no model citizen, with priors for possession of an assault weapon and marijuana for sale. Still, he never threw a punch. He didn’t fire a bullet. Yet he caught more time than those who did.

And it was the music that stamped his fate.

“That was huge,” said Alin Cintean, a defense attorney who represented one of Oliver’s co-defendants, Donte Edwards “Tizzle” Young. “The DA’s office turned over so many YouTube videos and CDs and music” during the discovery phase.

In an evolving music landscape, where an artist’s career depends on his social-media output, the music carries real weight. In Oliver’s case, six years of it.

To Officer Michael Rinehart of the Sacramento Police Department, Oliver was just another suspect trying to evade arrest.

On a November 2013 afternoon, Rinehart responded to Evergreen Shopping Plaza in south Sacramento to back up officers who had detained several subjects in the parking lot. Officers told him they stopped the group because its members were dressed in red and displaying hand gestures while one recorded the poses on a cellphone. When officers first approached, they said, Oliver quickly entered the liquor store, ignoring their commands to stop. But Oliver eventually was seated on the curb like the rest.

According to court transcripts from an October 2014 preliminary hearing, Rinehart recalled that he was putting one subject in the back of a squad car when he heard a female officer’s voice say “stop.” He turned to see Oliver running.

Rinehart gave chase, calling out to Oliver, who dashed into the intersection of Mack Road and Center Parkway, then east toward Providence Place Apartments. Entering the complex, Oliver fell, got back up, then tripped over a raised curb, allowing Rinehart to get close enough to wrap him up from behind. Oliver continued to struggle until another officer arrived to help put him in handcuffs. Inside his pocket, officers found a small amount of marijuana.

Word came over Rinehart’s radio that a search of the car proved fruitful. In the rear pouch cushion of the driver’s seat, officers discovered a Norinco 9 mm handgun with a round in the chamber and seven in the clip.

Prosecutors portrayed Oliver’s attempted escape as proof he knew about the gun. Oliver’s pretrial attorney, Donald Masuda, said he ran because of 3 grams of weed in his pocket and because of an outstanding misdemeanor warrant.

Masuda also pointed out that video surveillance from the shopping center revealed Oliver to be seated behind the front passenger seat when the car slid into its space. Co-defendant Young sat in the seat closest to where the gun was hidden, though both men exited on Young’s side. Masuda also contended that the car was registered to someone who was in the armed services, and driven by at least two other people, implying any one of them could have stuffed the gun behind the driver’s seat.

In response to a question from Masuda, Rinehart confirmed that Oliver never wavered from his stance that he knew nothing about the gun.

Then the defense attorney came to his real point. “And in between all those denials, he said that he’s a rapper, right?” Masuda asked.

To understand the role Lavish D’s music played in his prosecution, consider the testimony of Detective Joseph Ellis, a gang expert with the Sacramento Police Department.

On the witness stand last October, Ellis cited police reports and jail classification notes that speculated Oliver’s leadership status within the Starz, as well as tattoos and photos of Oliver displaying gang signs. But above all else, there was the December 2012 song, “My Niggas Do.”

It’s what Lavish refers to in the song’s intro as “boss status.” And it was enough for Ellis. “He’s saying: ’I’m the boss. I don’t have to do all these things. I have people to do them for me,’” the detective testified.

Smith, a validated member of the Oak Park Bloods, was returning shoes last March inside of Arden Fair mall on the day he got jumped. His crew had been quarreling with the Starz for months, both in the streets and online. Ellis testified that, a few days prior to Smith’s mall visit, a video by Bay Area rapper Philthy Rich insinuated “that members of the Oak Park Bloods were responsible for the homicides of two different Starz gang members.”

It’s what Ellis believes prompted five or six Starz members to ambush Smith in the Foot Action shoe store. The group had arrived from a nearby park, where they attended an annual memorial for a fellow Starz member who had been killed by a rival gang member, testimony shows. They came to the mall so Oliver could pick up a birthday present for his son. That’s when the group spotted Smith.

By all accounts, it was a clumsy beat-down, with surveillance video showing multiple guys lunging at Smith and mostly hitting walls or themselves. But they do pull Smith down at one point and get in a handful of glancing blows before security guards quickly break it up and the ruffians scatter. Not participating was Oliver, who filmed the scrum on his phone. In the shaky footage, he can be overheard giggling and muttering “get that nigga,” though it’s unclear whether the combatants could hear him, Ellis admitted. Oliver later posted the recording to social media under a title that made it clear he was responding directly to Philthy’s video.

Later that night, there was a shooting that authorities believe was its own rebuttal.

Oliver fled town and was later arrested in another state, and brought back to Sacramento.

Masuda argued the string of events wasn’t enough to implicate his client as anything more than a jerk. “He’s only thrown in under the theory that he’s the leader of a gang and he’s instigating this fight or encouraging it,” Masuda said in court. “But it’s clear that … filming fights on their phones is common practice. … Now, he was dumb enough to put it on the Internet and label it and so forth. But the bottom line is … he had nothing to do with the fight.”

Oliver’s sentencing attorney, Choy, was less demonstrative about that fact. He told SN&R that the DA’s offer of six years to Oliver was low enough to be an acceptable resolution. Co-defendants Anthony Wayne Jacob, Efrem “Scarface” Wandick and Young, who were more hands-on in their involvement, accepted plea agreements that resulted in significantly less prison time, between 16 months and 32 months.

A week before speaking with SN&R, D’Vill conducted a half-hour phone interview with Oliver, who touched on his recent tribulations. But mostly they talked about music.

“I know of Lavish D through music, not because of street rumors or gangster fairy tales,” D’Vill said. “My honest opinion is that he’s a rapper first.”

And a prolific one, at that.

Oliver had recorded an album’s worth of songs before he went away, and was submitting an original track to a compilation D’Vill is arranging.

Asked for his take on Lavish’s music prospects, D’Vill said the rapper was building the required buzz to be known outside of Sacramento. “Lavish was on his way up. It just so happened that the street life got involved,” he said. “I don’t think he realized the impact that he had while he was out, but he realizes it now.”

When they got to the end of their time, D’Vill asked whether Oliver had a message for the young boys and men who emulated him. Yeah, Oliver said: Get your money, but avoid the drama. “He’s definitely a different dude,” D’Vill said. “He was not acting like he was still the king of Sacramento.”

That recorded message to his followers may be the last track he lays down for a while.