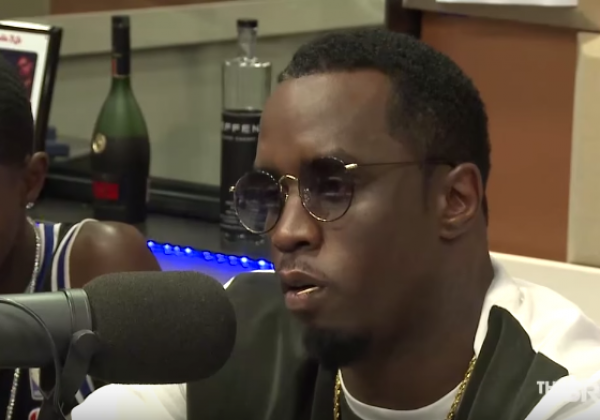 Diddy stopped by Power 105.1 recently to chop it up with The Breakfast Club. The biggest reason for the visit was to promote Puff’s new track with Pharrell, ”Finna Get Loose.” Early on in the interview the conversation quickly turned to Diddy’s alleged beef with Drake over Drizzy’s “0 to 100.” If you’ll recall, Drake got into a brawl with Diddy at club Liv in Miami last December. According to the Bad Boy founder, he never even touched Drizzy.

“I did not put hands on Drake,” he said. “And I do not want any problems with Drake. Drake is right now. He’s putting in his work. That’s all I have to say, I didn’t do nothing to Drake. Drake is my friend.” As for “0 to 100″ and who the production belonged to, Diddy explained that the track “was initially a record that was [his] record. Somehow that became a misunderstanding, because [Drake] was working with the same producers.” Apparently Puff sent the record to Drake to ghostwrite for him, which led to confusion. Diddy goes on to say that the “6 God” is ”actually [his] favorite rapper as far as songwriting and albums” and “It’s been like that for a couple years.”

Diddy also addressed his current situation with the UCLA football program. He couldn’t get into too much details about exactly what happened between him and Bruins coach Sal Alos, but did state that he’s no longer allowed to attend UCLA football practices. Back in June Diddy was arrested for allegedly assaulting Alosi because he believed the coach was picking on his son Justin. The “Finna Get Loose” rapper was taken into custody and charged with battery, assault with a deadly weapon and making terrorist threats. The charges were later dismissed by the Los Angeles County District Attorney. His son, Justin Combs, is back on the team.

Throughout the 45-minute video, Diddy talks about his latest single and what it means for New York, getting back in the studio, not being sure what to name his final album—he’s reportedly working on No Way Out 2 and MMM—and a lot more. He also touches on Drake and Meek Mill’s rap beef, sharing his thoughts on ghostwriting in the industry. Take a look at the interview above.