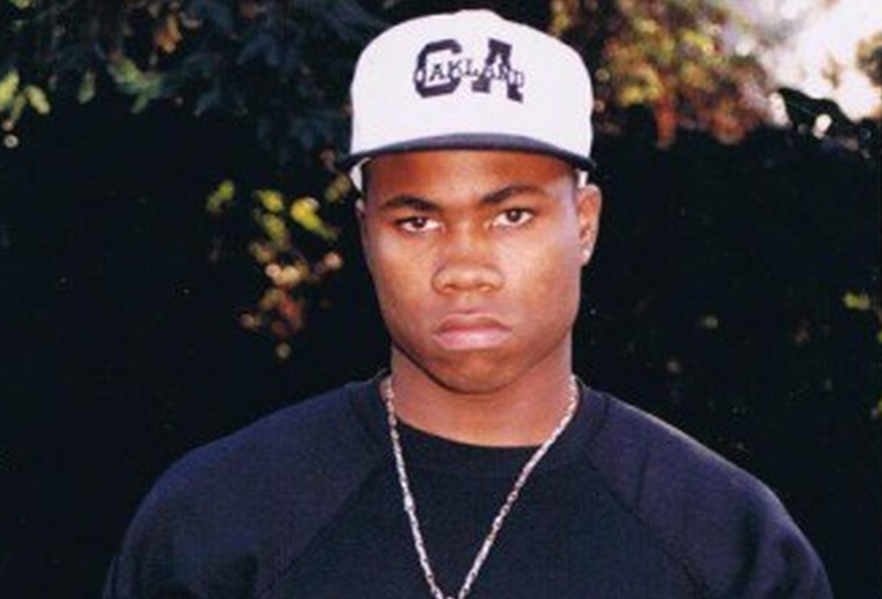 This year marks the eighteenth anniversary of the death of talented Oakland rapper Seagram who on July 31st, 1996 was shot and killed on the streets of East Oakland. Seagram Miller was only 26 years old with
two albums to his name (his third would be released posthumously) and had not yet reached his artistic potential nor had he gotten the full level of appreciation that he deserved.
A smart, intelligent, articulate wordsmith whose way ahead of its time debut album (The Dark Roads on Rap-A-Lot) addressed the realities and consequences of the gangsta life that he was unapologetically a part of right up to his tragic death – a violent shooting murder that was reported by the San Francisco Chronicle at that time as such: “Oakland police Sgt. Gordon Melera said the two men had just exited a van in the 1900 block of 24th Avenue, an area in East Oakland known for violence and drug trafficking, when they were fired upon Wednesday night.” That same article also noted how three years previously Seagram had escaped an assassin’s bullet writing that, “Police said Miller’s song about a rival gang in 1993 angered an Oakland drug kingpin, which led to an attempt on Miller’s life. Miller escaped injury in that shooting, but a San Leandro police officer was wounded” but that OPD would not speculate whether his fatal shooting, in which Seagram’s rap associate Gangsta P was seriously shot but not killed, was related to the earlier 1993 attack.

Even 18 years after that fatal night in East Oakland the murder is still unsolved. Also of note from a Bay Area hip-hop historical perspective is that in that same year of 1996 two other Bay rap greats were also shot and killed: Tupac Shakur in Las Vegas two months later, and Mr Cee of R.B.L. Posse who was killed in San Francisco on New Year’s Day of that year.

In a genre often critiqued for being full of faux thugs or “studio gangstas” Seagram was neither. Instead he “kept it real” since the street life he rapped about was one he knew from firsthand experience. At the time of his murder many within Oakland rap circles speculated that it was some longtime jealous rivals who were

behind his tragic demise. Seagram’s breakthrough 1992 single “The Ville” to appear on that debut album was an ode to the notorious East Oakland 69 Villehousing projects. Accurately titled The Dark Roads the album was brimming with sinister tales of evil doings and a dark ghetto lifestyle complete with cryptic Satanic worship references. Indeed as heard in the 1991 interview excerpt (video above) I conducted with the polite, soft-spoken artist he talks about if you are going to be gangsta – be gangsta and about been“Satanic to the top.” That interview, which preceded the album’s release by approx 18 months, was conducted live in the KUSFstudios along with label-mates/collaborators Bushwick Bill andGanksta Nip – both of whom joined him on the album’s dark closing track “Wages Of Sin” on which Seagram rapped: “Deranged thoughts fill my head as I lay in bed Satanic killings brings misery and dread. Pentagram symbol printed in my right palm. Silence is wisdom and sane but I remain calm……Walked on the path of Satan, come on and come forth.” The Bay Area artist to be signed to Houston’s Rap-A-Lot Records Seagram released The Dark Roads in January 1993 followed by another Oakland rap classic Reality Check in 1994, and then the final, posthumously released album Souls on Ice in 1997. A dozen years later in 2009 a Seagram’s Greatest Hitspackage was released.