American Idol has been discontinued after season 15 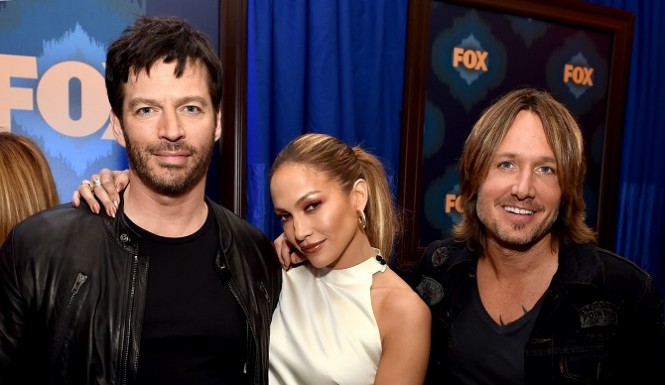 American Idol was once the premiere competition show, producing such superstars as Kelly Clarkson and Carrie Underwood. At one time, Idol brought in 30 million viewers per episode. Now, as Season 14 is coming to a close, a new report says Season 15 may be the show’s last.

The Hollywood Reporter explained that the success of Empire has Fox likely to give it a larger episode order next season. Ratings for the network have dropped overall by 20 percent, however, due in part to what THR calls “Idol fatigue.” A Season 15 renewal is expected, with current judges Harry Connick, Jr., Jennifer Lopez, and Keith Urban, but Idol‘s airtime will be reduced and Season 15 is said to be the series’ last.

American Idol crowns a winner this week, with Jax, Clark Beckham, and Nick Fradiani in the top 3. The Orlando Sentinel previewed the finale by saying, “Despite the familiar hoopla, the old thrill is gone.” The Sentinel noted Fox will announce its fall schedule on Monday, and the placement of Empire will be the one to watch.

A blog on the Atlanta Journal-Constitution reports that Idol ratings have gone down every season since Season 5, with the exception of Season 10. That season was the first without Simon Cowell and the first with Jennifer Lopez and Steven Tyler. Now in Season 14, Idol brings in about 10 million viewers per week.

Recent Idol winners have had some difficulties getting traction in the music industry. Last year’s winner Caleb Johnson has already split with Interscope Records and self-funded a video shoot and his own tour. Season 11 winner Phillip Phillips recently sued his Idol-mandated management team and record company for not acting in his interest.

In a Facebook Q&A this week, Idol judge Keith Urban expressed happiness with the Idol process. He likened the work of a judge to finding untapped talent in the most unexpected places, like winning the lottery.

“It’s an incredible feeling discovering extraordinary raw talent. It’s like showing up in a bunch of cities and getting a bunch of scratch-off tickets. And then BOOM, you get a winner!”

The American Idol finale this week will happen in two parts. On Tuesday night’s program, the final 3 will be reduced to the final 2. That gets underway at 8 p.m. On Wednesday, also at 8 p.m., the winner of Season 14 will be announced.

In years past, guest stars have performed with the Idol contestants. Earlier this season, Tyler extended an invitation to perform with Jax during the finale. Billboard reports all three current judges will also perform.