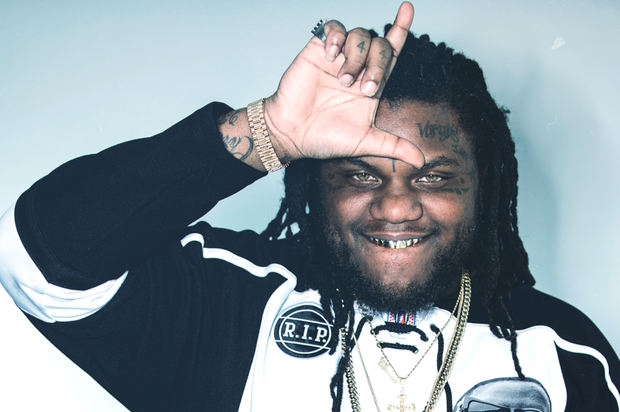 A Washington, D.C. based hip-hop artistknown as “Fat Trel”, described by his lawyer as a “rising star” in the music business, was ordered held on $100,000 bail in Harford County Friday on a charge of failing to appear for trial in a 2012 case in which he allegedly gave a police officer a fraudulent identity during a traffic stop on I-95.

But Reeves, who performs under the name Fat Trel, appeared with the rapper Wale at Baltimore Soundstage Friday night, according to Mike O’Brien, the venue’s marketing director. He is also on the bill with R&B, pop and hip-hop star Chris Brown at the Verizon Center in D.C. Saturday night, Mooney said.

Missing either would have been a “severe financial consequence” and involve breach of contract, Mooney said.

Reeves, who has an Upper Marlboro address, was held without bond after being arrested Thursday on the failure to appear warrant issued last August when he didn’t show up for trial before Carey on the fraudulent identity charge. It was the third time he had missed court on the charge, Carey noted.

Reeves has a total of 10 failures to appear in various cases in Maryland, including the three in Harford, Carey also noted.

But when Assistant State’s Attorney Daniel Salem suggested bail of at least $100,000 should be set in light of Reeves’ past inability to show up for court, Reeves was on his feet quickly, telling the judge bail that high would be “excessive” in light of the charge and his client’s struggling financial position as a “rising star,” who has traveled around the country performing in order to make a name for himself.

Salem, however, reminded Carey that it took six months for police to catch up to Reeves since his last missed trial date in August and that Reeves had missed two other dates dating back to 2012 in the case, in which he was alleged to have given police a false identity “to avoid being taken into custody” on other open warrants.

Carey said he was trying to weigh what he would do with someone “employed in another field,” who failed to show up for court three times.

As he did, Reeves, who appeared at the hearing via a closed circuit TV link from the Harford County Detention Center, watched quietly.

“I don’t believe special treatment is warranted,” the judge said. Carey also noted: “It’s not the most serious charge in the world, but some bond is appropriate,” before deciding to set the bail at $100,000.

According to a brief biography on his website, fattrel1135.com, “Fat Trel, is an Americanhip hop recording artist from Washington, D.C. He is currently signed toRick Ross’s labelMaybach Music GroupandAtlantic Records.” Among recordings available for listening on the website are “My Bruvas,” “Burn” and a Dej Loaf track remix called “Try Me.”