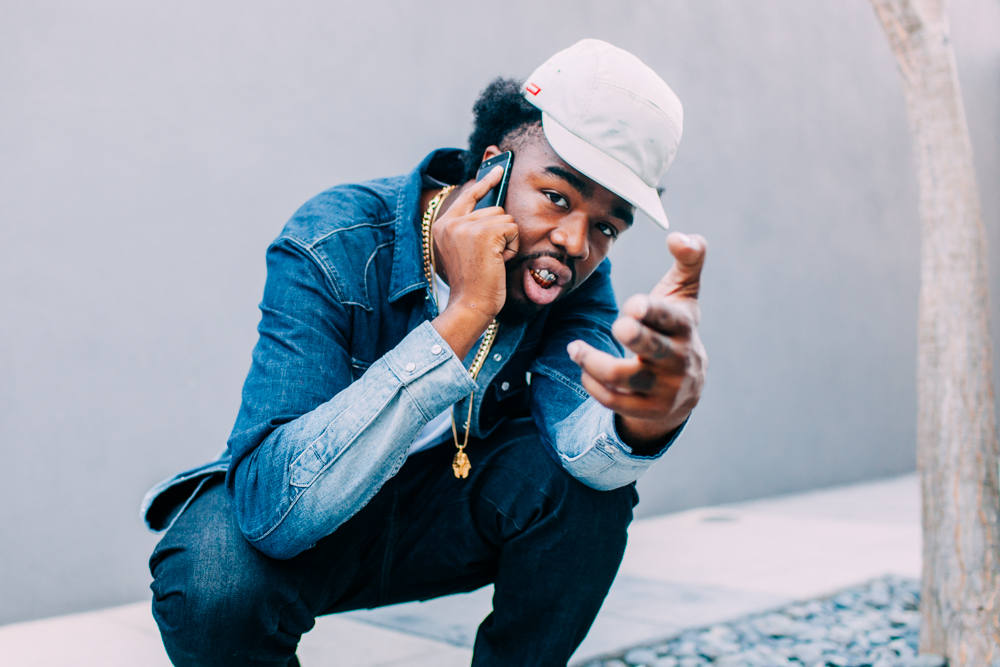 Fresh off the release of the deluxe remastered edition of his mixtape KILT 2, rapper and producer Iamsu! will be headlining the 23-city HBK Forever Tour, presented by Pink Dolphin. Also, HBK will release their debut mixtape, entitled Gang Forever, right before the tour kicks off via LiveMixtapes on August 12th. In celebration of the news, Su! and his HBK compadres have released a new video which follows the underwater antics of the crew in the pool at a backyard BBQ laying down verses over Wiz Khalifa’s “STU” instrumental, which The Invasion produced for Wiz’s Cabin Fever 2 mixtape. The track will not be on Gang Forever, which will have all original music.

Heart Break Gang is a bevy of talented individuals that includes rappers, songwriters, producers, photographers, and videographers who work in tandem with each other. The multi-talented HBK Gang members include Iamsu!, P-Lo, $kip, CJ, Rossi, Sage The Gemini, Jay Ant, and Kool John. Their collective debut mixtape, Gang Forever, puts their interdependent vibrancy on display. Su! speaks to this energy, musing, “It’s just different when we’re all together making music. We have hella fun and make hella jokes but at the same time everyone is trying to outdo the other. That competitiveness is part of why the HBK tracks are people’s favorites- the tracks feel special.”

Beginning August 23rd in Portland, Oregon and ending September 22nd in Reno, Nevada, headliner Su!, along with supporting acts Kool John and Jay Ant, will crisscross down the West Coast, giving fans a reason to get sweaty dancing to HBK songs they’ve heard on the radio. Su! is exited to get out on the road, saying, “I’ve been spending a lot of time working on my show getting ready for this so I’m excited to give my fans the performances they deserve. I love just traveling through these different cities, tasting the pizza in each one,” he says with a laugh. “This is really my first solo headlining tour. I’ve been waiting my whole life for this.”

2012 was nothing short of a breakout year for Iamsu!. The 22-year-old popped up with a triple-threat performance on LoveRance’s “UP!,” which Su! produced, penned the hook for, and guested on with a scene-stealing verse. The song peaked at number one on Billboard’s Hot R&B/Hip-Hop chart, and in the midst of that success, Su! again delivered a fan-favorite verse on a big-time radio single, this time with E-40’s “Function.” Su! followed that success with a solo mixtape, KILT, and the critical acclaim came in droves, as the project was hailed by SPIN as their Rap Release Of The Week, with the outlet also naming Su! as one of their 5 Best New Artists for June ’12. Su!’s been plenty busy since – a west coast tour; a collaborative mixtape with Jay Ant; a standout collaboration with Wiz Khalifa, “Bout Me,” that appeared on Khalifa’s Cabin Fever 2 and also showed up on his sophomore album, O.N.I.F.C. Iamsu!’s previous mixtape, $uzy 6 $peed, was released exclusively through LiveMixtapes on November 10th. The tape was presented by Bay Area streetwear company Pink Dolphin, which released an exclusive t-shirt and hoody for the tape. Iamsu! is back to work already in 2013, with the recent release of Million Dollar Afro, a collaborative mixtape with Compton rapper Problem. The two West Coast rappers co-headlined their own Million Dollar Afro Tour to support the mixtape. Most recently Iamsu! released his new solo mixtape, KILT 2, in conjunction with LiveMixtapes, which is available now, as well as the remastered deluxe edition, which is available via iTunes.